KCBS news and traffic reporter Ron Cervi has been busy today sharing some aerial shots of Apple Campus 2. Today's shots show an overall picture of the entire spaceship campus, the four-story restaurant, and the campus amphitheater.

Apple's next headquarters will be located in Cupertino, covering 176 acres and reaching over 2.8-million square feet. The company plans to accommodate over 12,000 staff members at the new Campus that will feature a massive fitness center, restaurant, amphitheater and more. Like its data center, Apple will be using 100% renewable energy to power Campus 2 -- which could be named after Steve Jobs.

Just recently, speculation about delays with construction arose after Apple hired a new contractor; however, the company has not made mention of any problems, and it’s expected that the campus will be ready by Q4 2016. 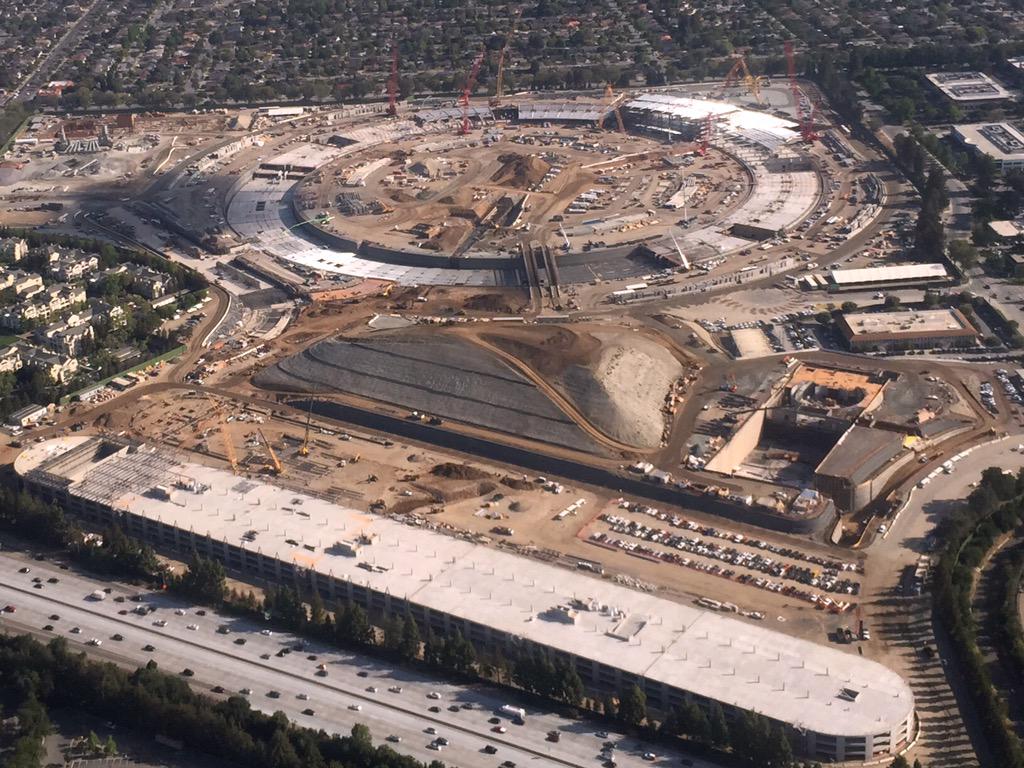 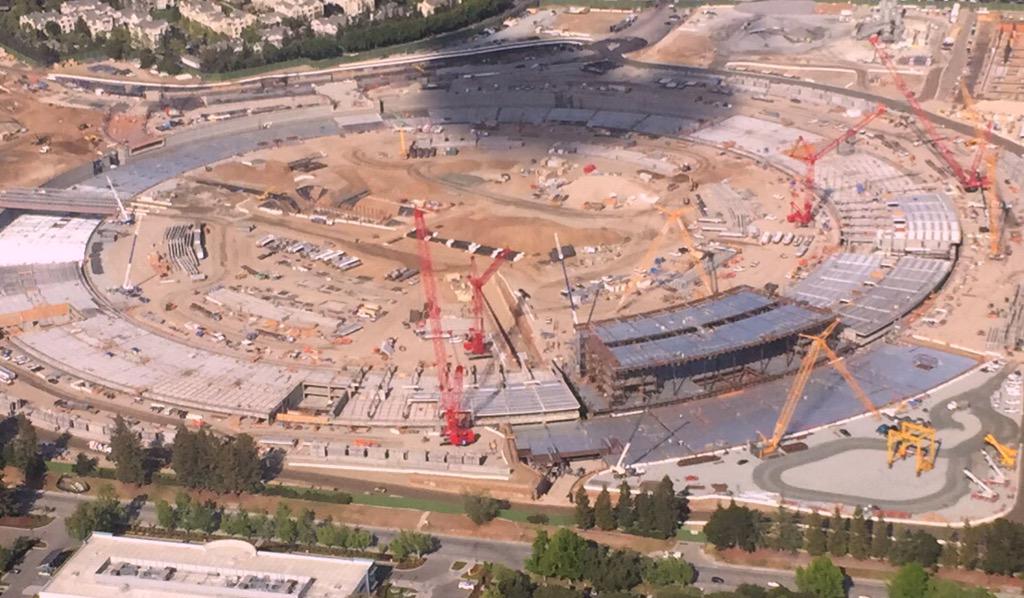 
The amphitheatre (Town Hall 2?) detail. The rectangle section will be a huge demonstration area. pic.twitter.com/fLdL4pAy9g