Code references found in iOS by Chase Fromm reveal that Apple may be experimenting with Li-Fi wireless communication.

Fromm recently tweeted a screenshot of a Li-Fi reference saying:

Li-Fi testing is already imminent. May appear in the next iPhone 7 according to iOS code in iOS 9.1 firmware. 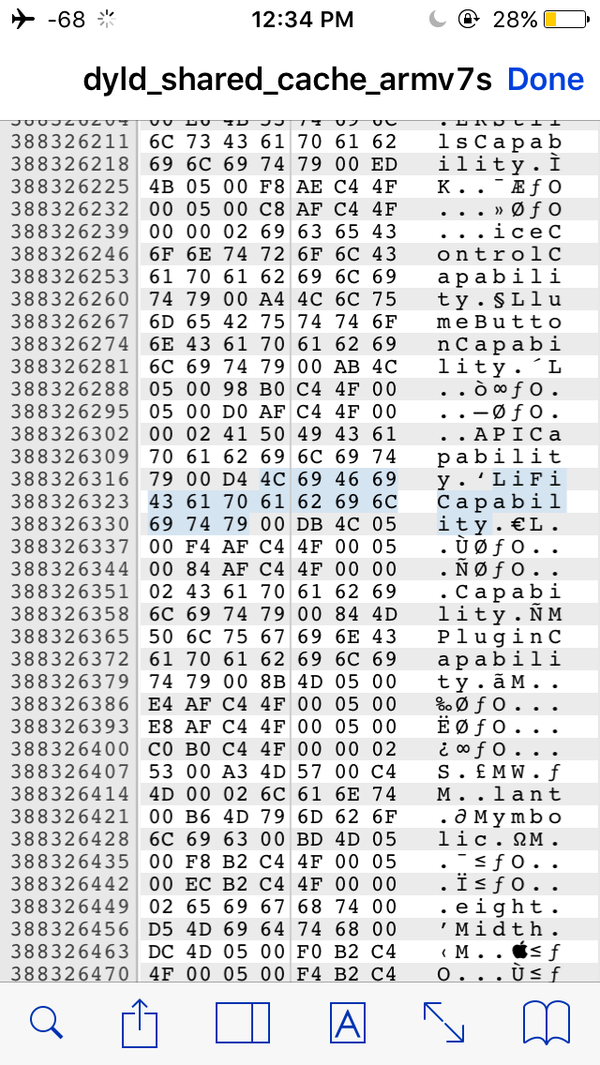 Li-Fi or Light Fidelity is a bidirectional, high speed and fully networked wireless communication technology similar to Wi-Fi. It's been measured to be about 100 times faster than some Wi-Fi implementations reaching speeds of 224 gigabits per second. [W]

The technology uses light from LEDs to deliver communication by switching the current to the LEDs off and on at a rate unnoticeable by the human eye. Although the LEDs would need to be on to transmit data, it's possible to dim them below human visibility while still emitting enough light to carry data.

PureLiFi already has a Li-Fi system called Li-1st, check out some videos detailing how the system works below.

Mike Favale - January 19, 2016 at 2:18am
Great to see lifi getting noticed. I am excited to build my lifiproducts.com and lifidevices.com properties in the future. Mike Favale Tellcar Innovations, llc www.tellcar.com
Reply · Like · Mark as Spam

Shame - January 18, 2016 at 11:54pm
I call this a shame because this is coming to the iPhone without a jack, then again, let's hope iPhone 5e and 6c come with Li-Fi and hope for the best. They're upgrades of the predecessors 6(s) and 5s and wouldn't possibly get rid of the jacks.
Reply · Like · Mark as Spam