Apple's new 4-inch iPhone SE offers some significant improvements in battery life, according to testing done by the WSJ. The device outlasts the iPhone 6s by over two hours and the Samsung Galaxy S7 by almost three hours.

The standout news is battery life. Unlike many other recent Apple products, the iPhone SE’s is a significant improvement over its predecessors’. In my lab stress test, which cycles through websites with uniform screen brightness, the SE lasted 10 hours—more than two hours longer than both the iPhone 6s and iPhone 5s, and nearly three hours longer than the Galaxy S7.

Of course, the iPhone SE has to power a much smaller screen; however, the extra battery life will surely be appreciated by customers.

Apple launched pre-orders for the iPhone SE this morning. It will be released on March 31st. 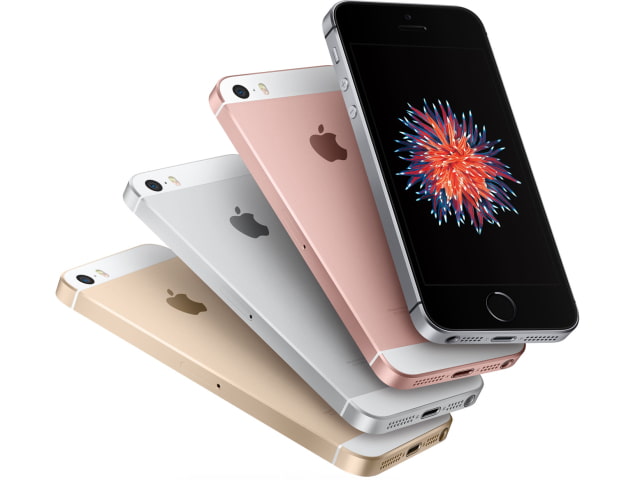 Capt. Obvi - March 28, 2016 at 1:29pm
Lets be real here, Apple knew they f*cked up with the iPhone 6/6s with its shitty battery life. What was their way to resolve the issue? They released an ugly ass case with a built in battery. STUPID. Then they decide to bring back the prized iPhone 5/5s to f*ck with everyone as they "improve" the specs and name it the iPhone SE.
Reply · Like · Mark as Spam

Sgt. Oblivious - March 28, 2016 at 1:46pm
And they managed to fix it with iOS 9 sparing extra hour battery life, but hey, people like me love the smaller phones so it's not too bad for most of the users.
Reply · Like · Mark as Spam

MannyG - March 25, 2016 at 7:45pm
That's not impressive at all. It sued to last longer before they downgraded the battery even more. Just like we've been saying, they will put it back to less crappybhkw it used to be and say they improved it. Noooottt. Unless it can last a full 12 hours of use and not standby then they will be improved battery.
Reply · Like · Mark as Spam

MannyG - March 26, 2016 at 1:08am
You're lucky because mine never lasted that long either. Not did others I know. Take a few instagrams, send a few texts check your Facebook, maybe make a couple voice calls and poof. You're down to 30%. I refuse to do all these things to save battery. It defeats the purpose of having an iPhone if I can't use it to full capacity.
Reply · Like · Mark as Spam
15 More Comments
Recent