In the ad, PC calls a referee to stop Mac from claiming that Leopard is better and faster than Vista. The referee; however, takes Mac's side, and when PC argues, PC is "ejected." 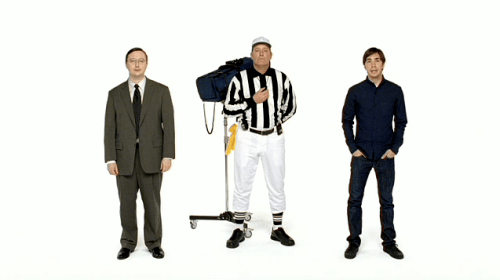