A new report from Barclays analysts has Apple starting production of its wireless AirPods in December.

"We did hear that the AirPods should finally start production in December but units are fairly small at 10-15M to start," Barclays researcher Blayne Curtis and team wrote in a note distributed to clients on Friday.

The wireless earbuds which were unveiled alongside the iPhone 7 were supposed to become available in late October; however, Apple delayed the release without giving a new ETA. It's unclear why the AirPods were delayed.

Notably, this report aligns with a previous one from the Economic Daily News which said that Apple's AirPods may not ship until January, missing the holiday shopping season. 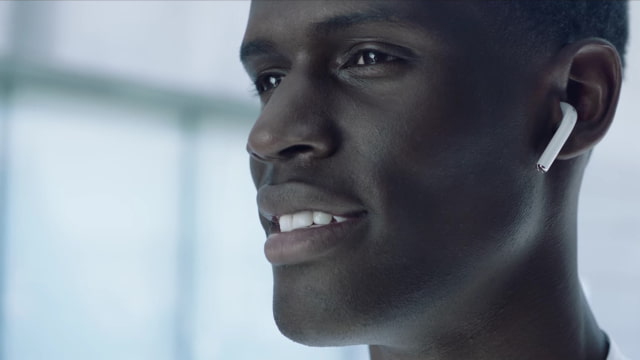 _ - November 13, 2016 at 2:51am
Or the fact that they want to produce enough for the world. Corny sound my ass!! Battery explosion? Get real. When did they ever mention battery explosion by the company itself?
Reply · Like · Mark as Spam

Tao Pai Pai - November 12, 2016 at 8:27pm
Because they got lost once they invented them and yes they explode and have a crappy sound quality like the corny EarPods
Reply · Like · Mark as Spam

Stevie jods - November 12, 2016 at 6:35pm
They are not ready in how to induce you gay thoughts or how to be a good sheepple
Reply · Like · Mark as Spam
1 More Comment
Recent