Wireless headphones accounted for half of all online headphone sales in 2016, according to data compiled by Slice Intelligence.

In December, a whopping 75 percent of headphones sold online were wireless. It is not coincidental that this was also the month that AirPods launched. On the December 13, the day of the AirPods release, spending on headphones was ten times greater than the pre-holiday average for 2016. It was the largest single day of online headphone spending last year. 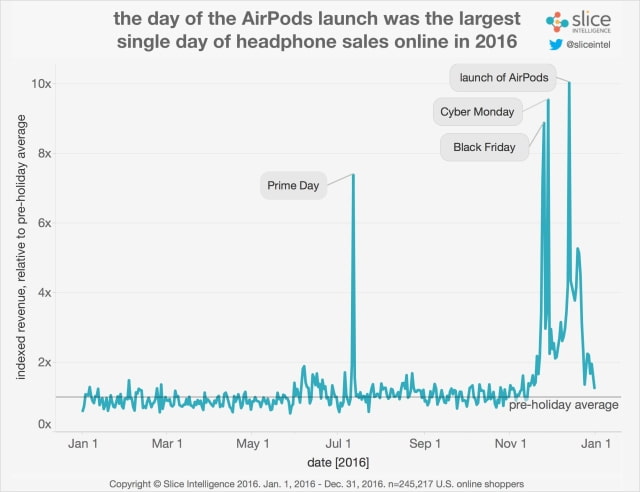 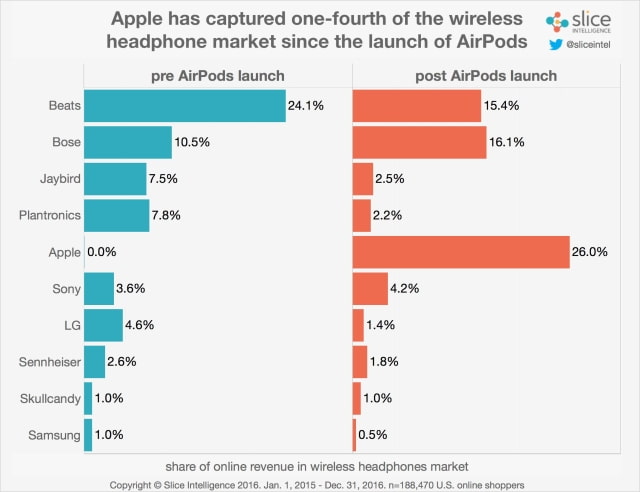 Eighty-five percent of shoppers who’ve purchased the AirPods since December 13 are male, similar to the gender breakdown we reported for the MacBook Pro release in October. Taking a closer look, data shows that male buyers are younger than their female counterparts. Over one-third of the men who bought a pair of AirPods were Millennials. Among female buyers, Boomers are the largest population, with a share of 38 percent.

Have you had a chance to try Apple's AirPods yet? If you have, let us know what you think in the comments. Is wireless the future? 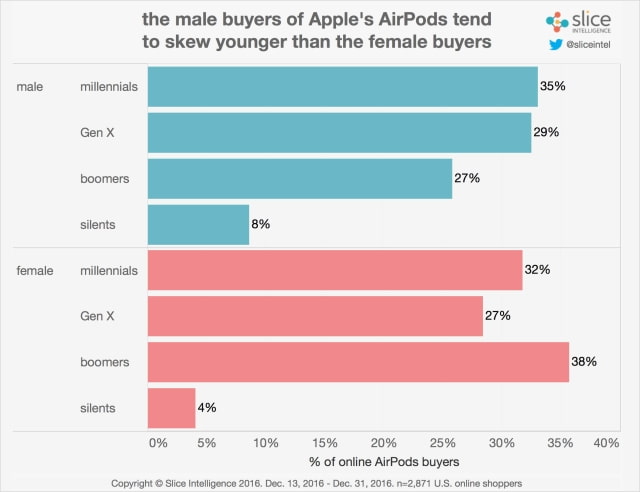 Dante - January 14, 2017 at 6:17am
BS they are just manipulating data.... they silently took things off as in what are there parameters... calling AirPods are talking over market over a period of what 2hrs of stats? BS... apple is no longer the company they used to be...
Reply · Like · Mark as Spam

Curtixman - January 12, 2017 at 8:59am
Well to be accurate Apple has never used real statistics. They are always very creatively tabulated but this one is crazy out to lunch. No one with a mind would buy these stats. It's absurd. There is no damn way that Airpods account for over a quarter of the market. No way.
Reply · Like · Mark as Spam