Vianney le Masne, lead UI/UX designer at Unbound and NearSt, has posted a new concept for the iPhone 8.

Le Masne imagines that Apple will introduce a new Dark Mode that takes advantage of an OLED display to provide a borderless experience.

The potential contained behind dark mode is much bigger than what it’s name might suggest. Presumably, combined with OLED screen technology in a higher end 2017 iPhone, it’s the logical mode to make every pixel feel like it’s coming alive just for the user at the right time, at the right place on the screen. And possibly a signature look for Apple’s iPhone 10 year anniversary.

"Going dark will massively smoothen contrast between the edge of the screen and the bezel", he says. "In fact it will be indistinguishable as the OLED empowered pixels will not emit any light, which regular screens do." 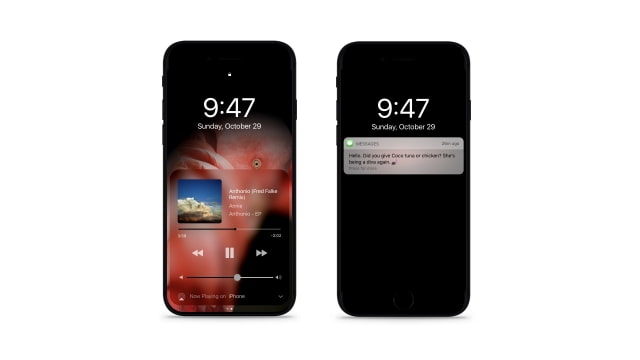 Johnny mitchell - March 13, 2017 at 9:43am
Come on apple 10 years on and we are still using the same interface surely we need something new we deserve it the loyal fans of apple products
Reply · Like · Mark as Spam
Recent