Apple SVP Phil Schiller recently shared his thoughts on devices like the Amazon Echo, the possibility of App Store upgrade pricing, the response to Swift, and more. Schiller spoke with Gadgets 360 following the inauguration of the company’s app accelerator facility in Bengaluru.

Questioned about the possibility of allowing App Store developers to charge for upgrades, Schiller said it was much more complex than many would think. He also believes the subscription model is better.

"I think for many developers, subscription model is a better way to, go than try to come up with a list of features, and different pricing for upgrade, versus for new customers. I am not saying it doesn't have value for some developers but for most it doesn’t, so that's the challenge. And if you look at the App Store it would take a lot of engineering to do that and so would be at the expense of other features we can deliver."

Schiller was also asked to comment on the Amazon Echo and Google Home. Apple is rumored to be releasing a competitor to those devices as early as WWDC. Schiller believes that the lack of a screen is a hindrance. Ironically, just yesterday photos of an alleged Amazon Echo with a display were leaked.

"So there's many moments where a voice assistant is really beneficial, but that doesn't mean you'd never want a screen. So the idea of not having a screen, I don't think suits many situations. For example if I'm looking for directions and I'm using Maps, Siri can tell me those directions by voice and that's really convenient but it's even better if I can see that map, and I can see what turns are coming up, and I can see where there is congestion, I understand better my route, and what I'm going to do."

Discussing the company's Swift programming language, Schiller revealed that Apple has been learning from the first versions and will announce what's to come at WWDC.

"We are continuing to evolve [Swift], as you say, we were very upfront about it from the beginning that we knew we would learn a lot in the first versions of Swift, and we have been [learning]. So developers are aware of that and we’ve been very transparent about that, and there will be a lot more about that at our upcoming developer conference, so for the remaining part of your question about what’s coming with Swift, there’s a lot to come, stay tuned for news on that."

Much more in the full interview linked below... 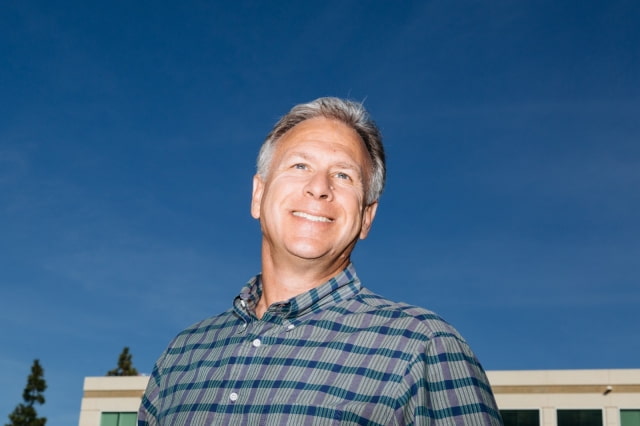 Matrixmaniac - May 7, 2017 at 4:42am
How can a sw subscription be good for developers if it ain't good for the customers? That only works out when they have a strong monopoly (like Adobe). I would always avoid it as i can't / don't want to pay tor that. Do the math: every month you'd have pay for ISP, office sw, photo sw, video sw, music streaming, movie & TV streaming, some online gaming, cable tv, maybe car leasing, apartment, income tax, healthcare, insurance just to cover the most basic needs... Now what do you think how much more one would want to pay on any other crummy sw and lock all personal data in with a provider that won't allow to access or process it any further should you not be able to pay for the rest of your life? CRAZY!
Reply · Like · Mark as Spam

Great! - May 8, 2017 at 7:27am
Is it crazy? If you don't support developers, how are consumers going to get the good quality apps? And we have to look at it from a long term perspective.
Reply · Like · Mark as Spam

HateSubscriptions - May 8, 2017 at 1:44pm
Ƒuck subscription models up the arse with a rusty baseball bat, I want to buy a product and it be mine until I stop ƒucking using it! I couldn't give a shit if the developers want money every month/year, they can ƒuck off.
Reply · Like · Mark as Spam

Captain Tugwash - May 6, 2017 at 6:22pm
Apple best get in with it, Alexa has the market. They need to get on with stuff... they seem to be slowing up on product ideas and releases..
Reply · Like · Mark as Spam