A jailbreak of iOS 11 beta and iOS 10.3.2 has been demonstrated at the MOSEC security conference by KeenLab!

Min(Spark) Zheng, an iOS Senior Security Engineer at Alibaba, posted images of Tencent KeenLab's presentation during which the jailbreak was unveiled. While this is very exciting news, iOS 11 is still in early beta so it's unclear if their jailbreak will continue to work once the final version is released this fall. Additionally, we have no information yet on whether there are plans to release the jailbreak. Often security researchers are able to sell jailbreaks for a large payday. Even Apple has a bounty program now.

We'll be watching closely to learn more about the jailbreak and its potential for release. Make sure to follow iClarified on Twitter, Facebook, Google+, or RSS for updates. 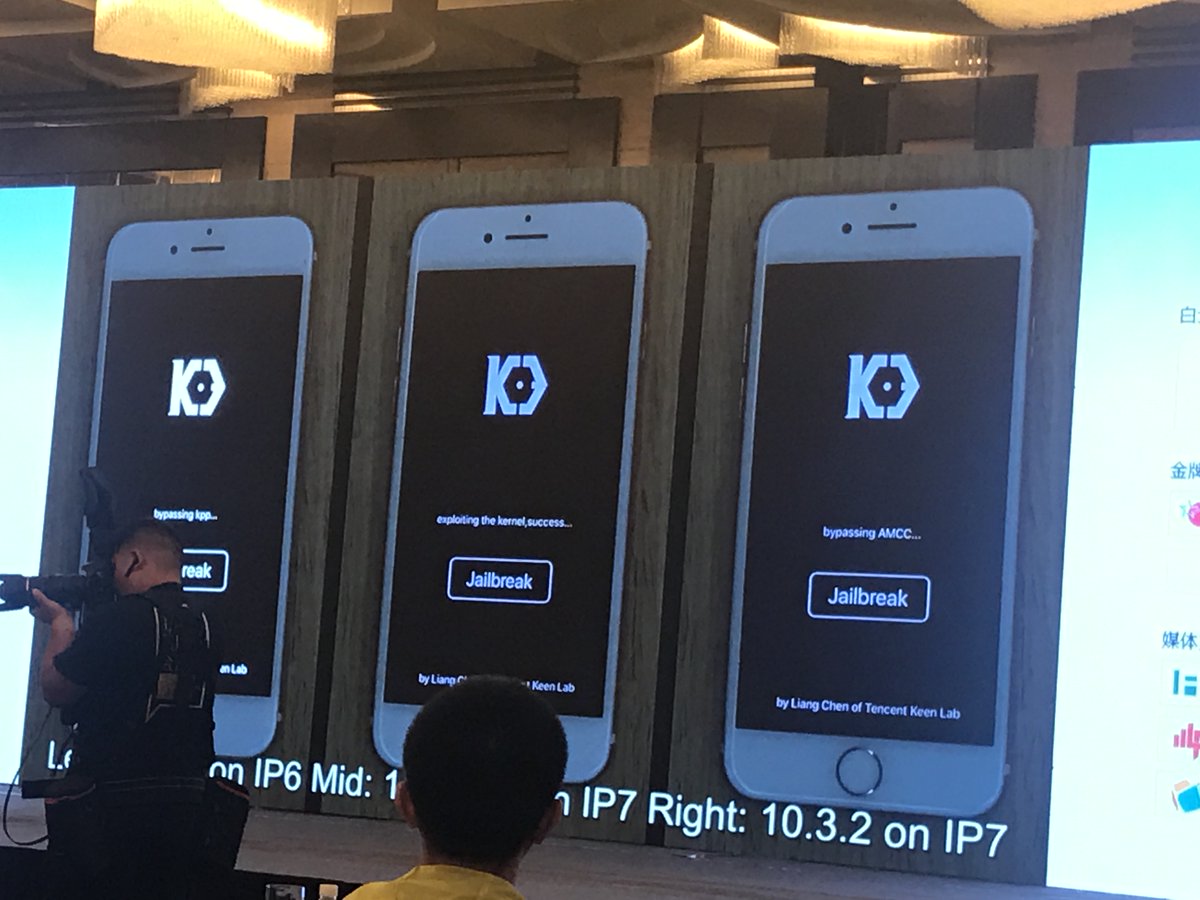 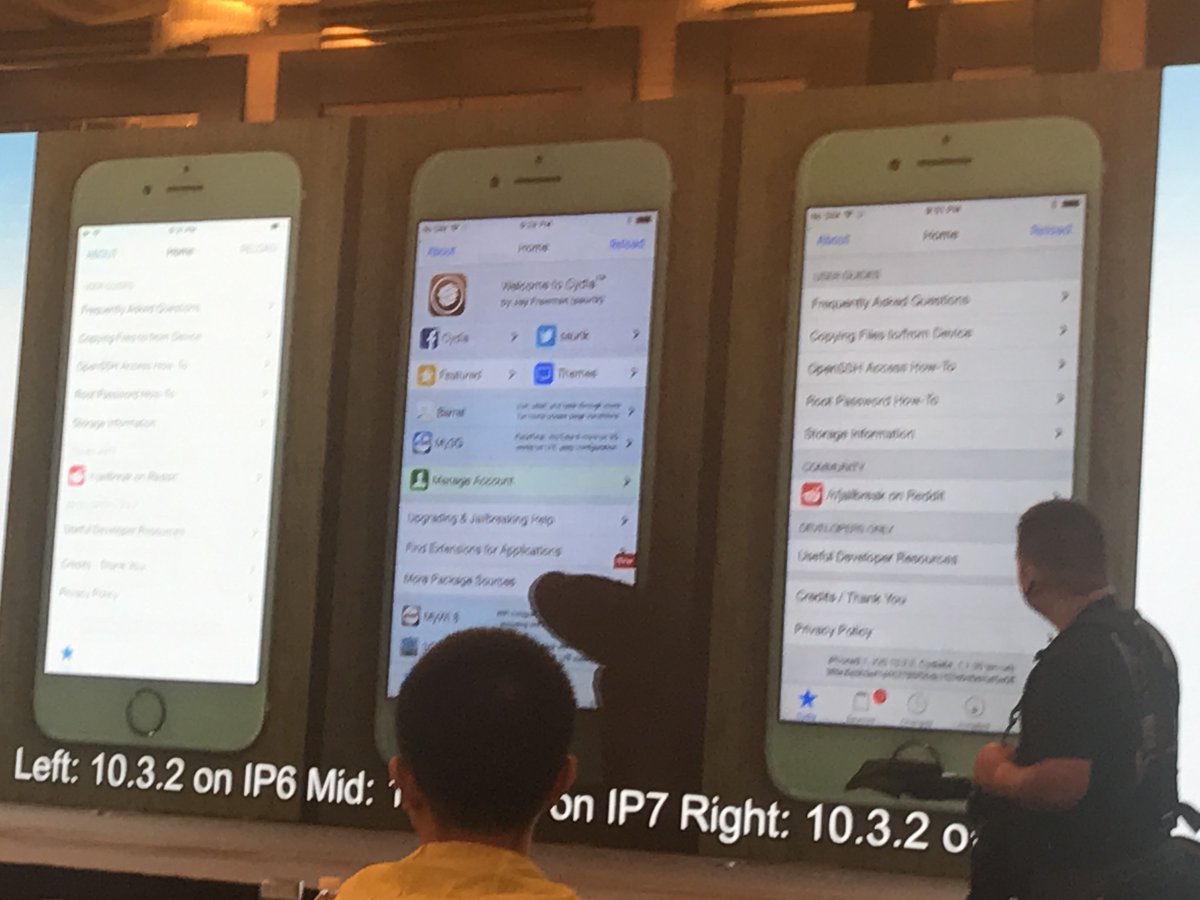 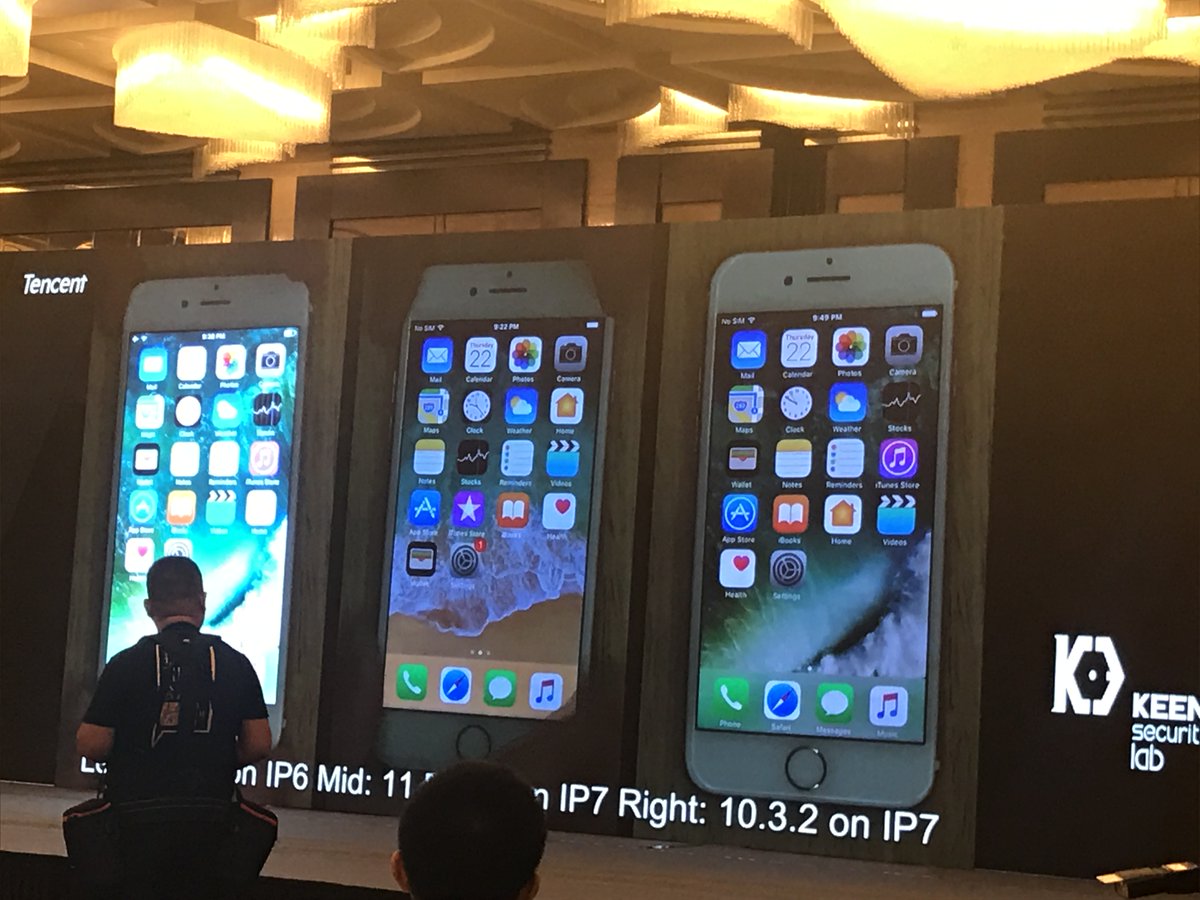 Jazzabassafruml - June 28, 2017 at 3:33pm
Apple might not be so determined to kill JBs if it wasn’t for those selfish few who use them to download paid apps for free. When they do that they create a situation where Apple and iOS developers lose money so it makes sense for them to offer large rewards to the jailbreak teams to stop them going public. I just wish Apple would enable a half way house for those of us who just use Cydia and want to customise the phone we have paid for. If I could flick a switch which let me run tweaks and customisations then I would never NEED to jailbreak again - however instead of that I am stuck on IOS 10.1 waiting for an ever less likely to arrive IOS 11 jailbreak. Obviously turning on the “tweak button” would come with a warning and it would point out in clear terms the extra risks you are taking. That would scare off the people who really shouldn’t be messing about with them (you know those airheads who happily give their bank details over the phone to a guy who says they have a computer virus!!!), whereas people like myself, moderately techie and well aware of the risk I was taking to opt in to the “Tweaks/Customisations” service as my own risk. Better yet it would mean we wouldn’t need anymore JBs and those people who just use them to avoid paying developers would be SOOL.
Reply · Like · Mark as Spam

Ismael santos - June 24, 2017 at 10:45am
I Think. Apple is. Gonna be all. Right with this great deduction. I hope they buy Jailbreaks. We Need something like this. To created. Different Technology. And Different. Future. That's why I said. God bless apple. And company They work hard. To make. This Applications. And develop. Success. That's why we. Need apple For the rest of the world. Thank you. Apple. For your iphones. iPads. And iPod touch. Thanks. Again. And god bless.
Reply · Like · Mark as Spam

drigo marki - June 24, 2017 at 1:33am
I guess it's official now. No more Jailbreaks anymore. It was good when lasted. It's too bad because it had some pretty neat tweaks. I still cannot find replacement in apple store. It is what it is. Lot of people moved on and JB community is almost down to zero. Ah, good old times. I knew it want last forever.
Reply · Like · Mark as Spam
13 More Comments
Recent