Apple has purchased chemical vapor deposition (CVD) machines from Sunic System to a build a 2.5G OLED panel line for research and development in Taiwan, reports ET News via DigiTimes.

Apple is eagerly developing its own OLED technology in order to reduce its reliance on Samsung Electronics for the supply of OLED panels, while enabling it for product differentiation, said the report.

Apple's purchase is said to break the dominant position held by Japan's Canon Kokki in the CVD market. Canon Tokki is the primary supplier of CVD machines and has shipped five sets to Samsung this year and will reportedly provide the company 5 out of 10 machines it builds next year. LG and BOE have also bought CVD machines from Canon Tokki.

Samsung is rumored to be the exclusive supplier of OLED display panels for the iPhone 8 and is looking to capture a majority of Apple's OLED orders in the future. 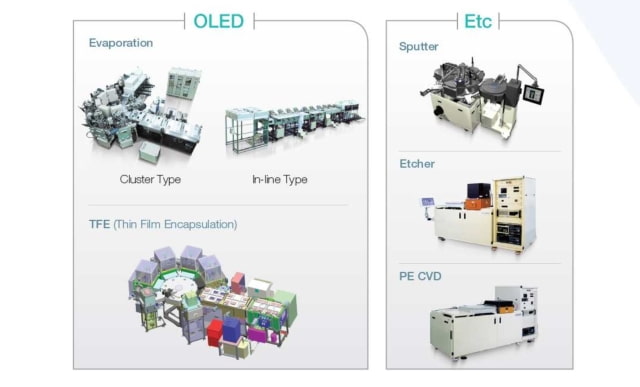