Hollywood movie studios are in talks with Apple and Comcast to offer digital film rentals mere weeks after they appear in theaters, reports Bloomberg. The studios could forge ahead with a plan despite the objections of cinema chains.

Some of the biggest proponents, including Warner Bros. and Universal Pictures, are pressing on in talks with Apple Inc. and Comcast Corp. on ways to push ahead with the project even without theater chains, the people said. After months of negotiations, the two sides have been unable to arrive at a mutually beneficial way to create a $30 to $50 premium movie-download product.

The big studios, except for Disney, are eager to offer a new product that could offset declining DVD sales as more customer turn to streaming services. They've discussed sharing revenue from premium video on demand (PVOD) rentals with cinemas but the theaters wanted a long commitment of up to 10 years for the revenue split. Sources say the studios have rejected that.

It's thought that deals with distributors such as Apple could be reached by early next year. More details at the link below... 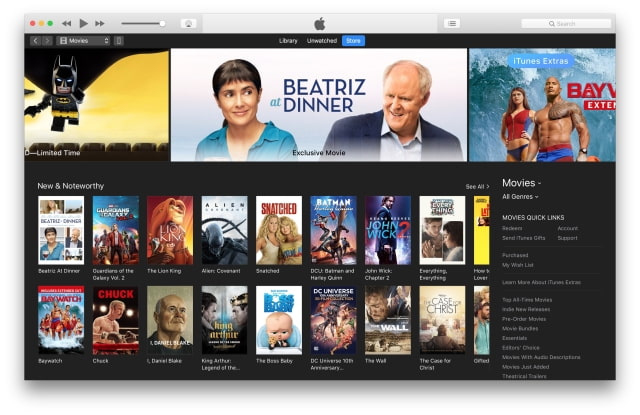