A photo of the iPhone 7s logic board has allegedly been leaked by Benjamin Geskin.

Images of the A11 chip itself were purportedly posted to Weibo recently. Manufactured by TSMC on its 10nm process, the A11 is expected to bring significant performance improvements.

Apple is widely expected to launch a new iPhone 7s, 7s Plus, and iPhone 8 next month. Carrier sources claim the unveiling will be on September 12th with September 22nd as the release date. 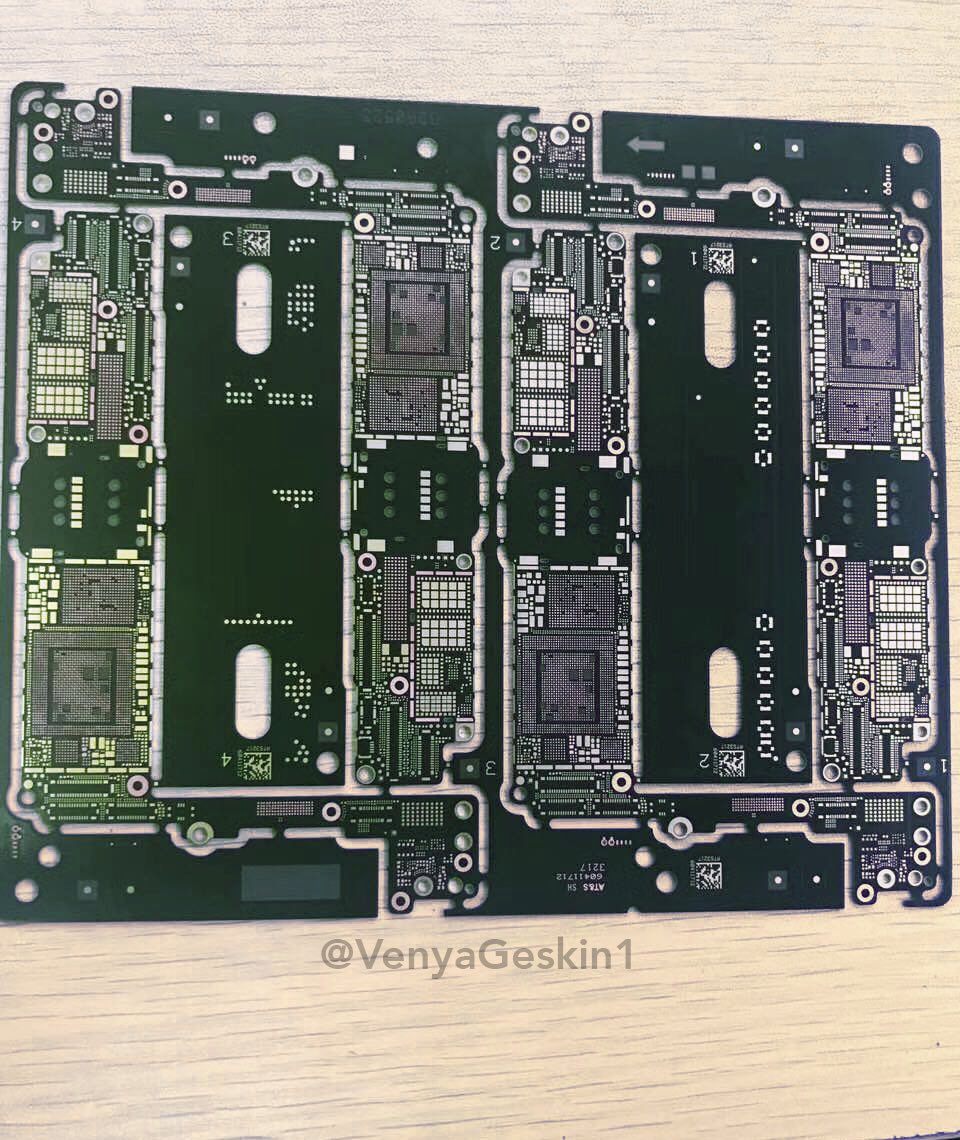