Apple has reportedly decided to ditch plans to make a smaller 5.28-inch OLED iPhone but will continue with its plan to add a larger 6.46-inch model next year, according to The Bell.

Citing local parts makers, the report said Apple had originally given panel orders to Samsung Display, its sole OLED supplier, under a plan to launch three OLED iPhones next year -- 5.28-, 5.85-, and 6.46-inch models. But the report said the development work for the 5.28-inch model has recently been suspended possibly due to the low marketability of the smaller version.

While dropping the 5.28-inch model, Apple is said to have placed orders with Japan Display for a 6-plus-inch LCD model. The change comes as consumers increasingly prefer the larger display devices for video viewing. 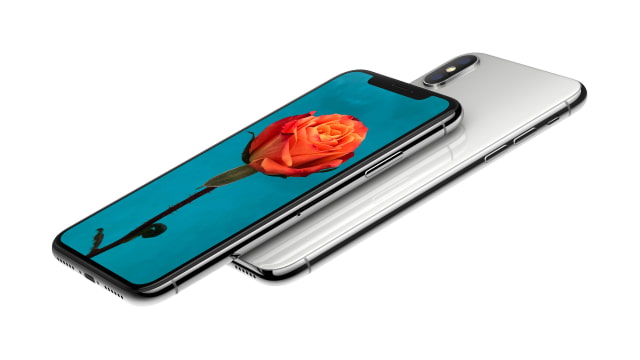 pinkrocketinyomouth - September 26, 2017 at 9:43am
i'm waiting for this one because the X actually has a smaller viewing area than the plus due to the screen format. yes i would pay more than an X but i'm hoping X sales sucks so that the price drops. also, i think they will work out the quirks and design problems of the X which it will have due to being a new design. fingers crossed they can achieve screen touch id in addition to the face id
Reply · Like · Mark as Spam