Apple has issued an apology 'to all Mac users' following the discovery of a major root password vulnerability discovered in macOS High Sierra. The company has also released a security update which will be automatically installed on all systems running High Sierra 10.13.1.

---
Security is a top priority for every Apple product, and regrettably we stumbled with this release of macOS.

When our security engineers became aware of the issue Tuesday afternoon, we immediately began working on an update that closes the security hole. This morning, as of 8 a.m., the update is available for download, and starting later today it will be automatically installed on all systems running the latest version (10.13.1) of macOS High Sierra.

We greatly regret this error and we apologize to all Mac users, both for releasing with this vulnerability and for the concern it has caused. Our customers deserve better. We are auditing our development processes to help prevent this from happening again.
--- 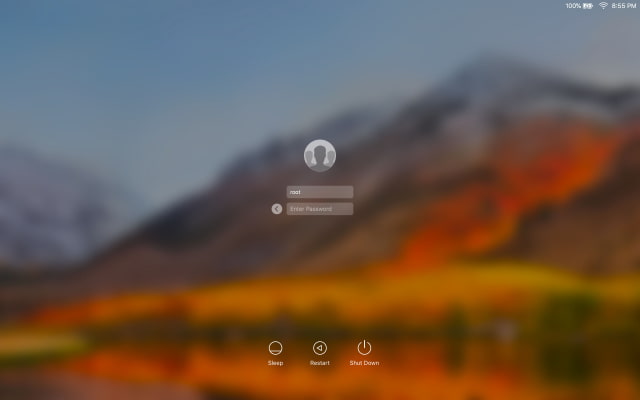 Security Update 2017-001
● Available for: macOS High Sierra 10.13.1
● Not impacted: macOS Sierra 10.12.6 and earlier
● Impact: An attacker may be able to bypass administrator authentication without supplying the administrator’s password
● Description: A logic error existed in the validation of credentials. This was addressed with improved credential validation.
● CVE-2017-13872

D4xM4Nx - November 30, 2017 at 8:57am
How about compensating us for the security risk, Apple? I was already covered, but most folks aren't tech savvy and they were put into a dangerous path... Shit happens, when people are so obsessed looking for flaws, they're always gonna find them. At least Apple acted quickly, searching for feedback from users to make sure this update isn't a dud.
Reply · Like · Mark as Spam

landro - November 30, 2017 at 6:47am
It's almost as embarrassing as iClarified the supposed "definitive resources for Apple news" not updating their app for the iPhone X.....
Reply · Like · Mark as Spam

LOLnoob - November 29, 2017 at 6:27pm
You’re a sad person lmao. He’s done more for Apple than Steve ever has. That loon wanted to keep iPhones 3.5”. That it’s the “perfect size”. Yeah, no. Programming errors happen, doofus.
Reply · Like · Mark as Spam
3 More Comments
Recent