There are no new features listed in the release notes but it's likely that the beta contains bug fixes and improvements to iOS 11.4 which was just released yesterday. 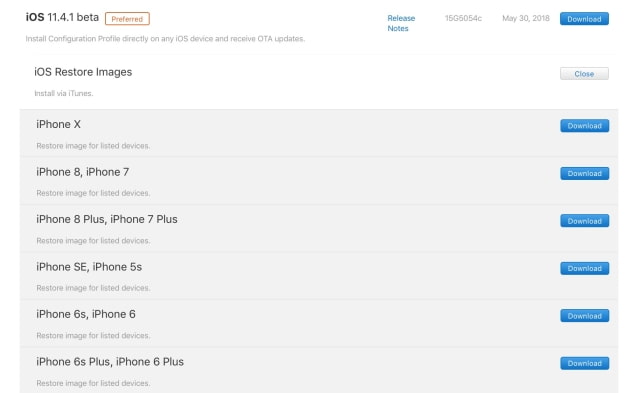 alinboy - May 30, 2018 at 6:04pm
I wished apple add it back the future from messages, like if you have a conversation open then you want it to clear all conversation to not delete the page of the contact to stay in list that contact with empty page! Now if clear the conversation is deleting all the page and contact from the list of messages:(! Please apple adding the option back!
Reply · Like · Mark as Spam

alinboy - May 30, 2018 at 5:59pm
Apple needs to fixing the bugs! Like notifications page sometimes I can’t clear all notifications is No X to clear, sometimes I have to do it manual slide to clear! Ios 11.4 is not fixing this issues! Apps getting slower, crashes into settings/general/storage is taking some time to calculating the storage I did kill the background and go back there and is crashing couple of times! So I had to reboot the iPhone 7 I have Red.. now is cool with that no more crashes.
Reply · Like · Mark as Spam
Recent