The second beta of iOS 12 hints at AirPlay 2 support for the AirPort Express.

In the new beta, the AirPort Express appears when attempting to add an accessory in the Home app. If you tap it, an alert is displayed which reads:

There isn't an update to the AirPort Express available quite yet; however, this could be a sign that Apple is planning to recognize the device as a speaker option in the Home app. Back in iOS 11.4 beta, the device also appeared in the Home app but selecting it did nothing.

Apple SVP Craig Federighi told us a nearly a year ago that he would keep "in mind" our request to bring AirPlay 2 to the Apple Express and we're still hopeful that the feature will arrive, despite the discontinuation of Apple's router lineup. 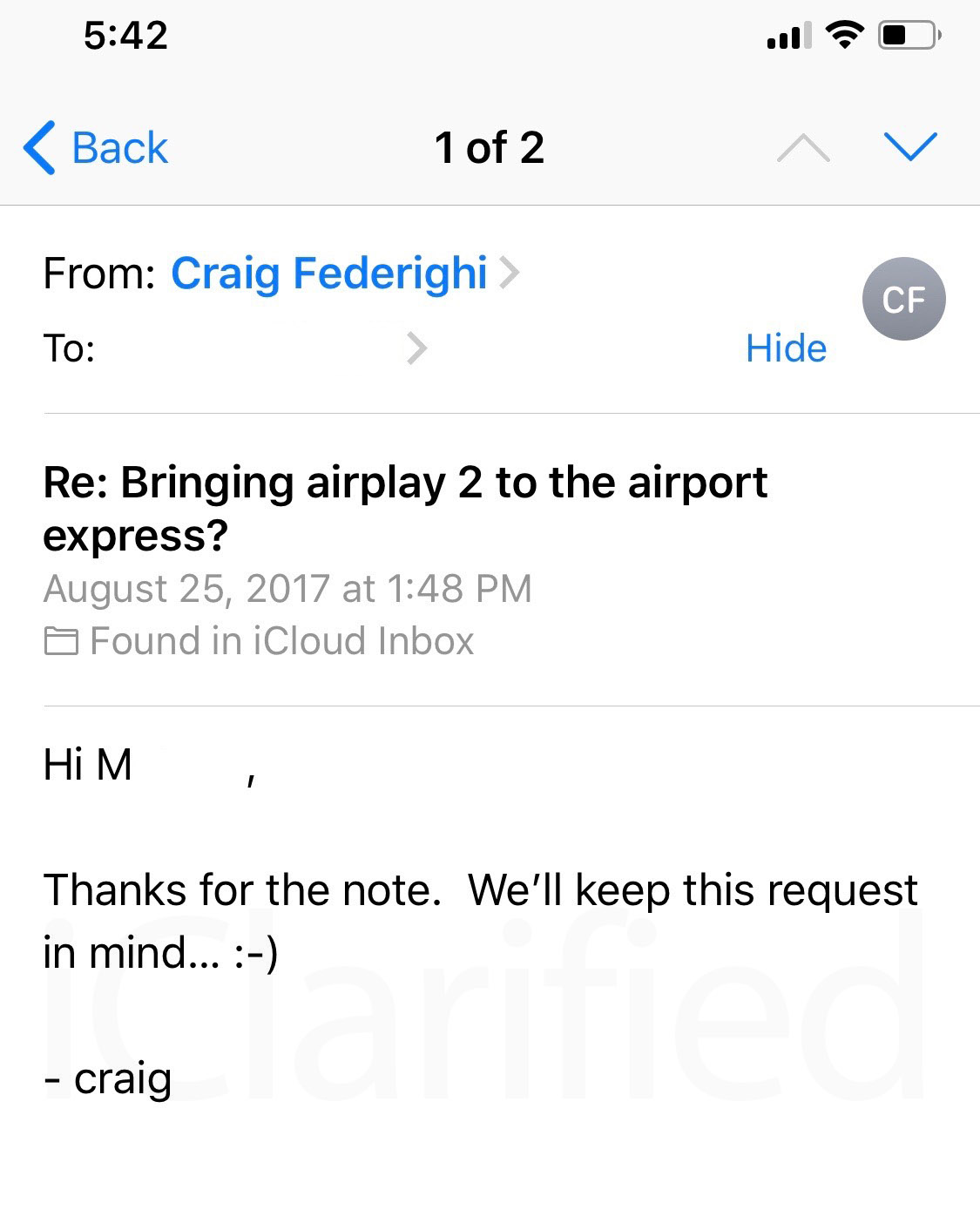