Sonnet has announced the release of a new Echo 11 Thunderbolt 3 dock that can connect multiple peripheral devices to your Mac through an included Thunderbolt 3 (40Gbps) cable.

Through the same cable, the Echo 11 delivers up to 87 watts to charge and power compatible notebook computers, such as the MacBook Pro 15-inch computer, allowing users to leave their computer’s power adapter packed away when connected to the dock.

“There are many Thunderbolt docks on the market today that scrimp on USB ports or power delivery, or both,” said Robert Farnsworth, CEO of Sonnet Technologies. “The Echo 11 Thunderbolt 3 Dock uniquely offers a full array of ports, including five USB 3.0 ports plus the 87 watts of power delivery that a MacBook Pro 15-inch needs to operate and charge — all at a value price.” 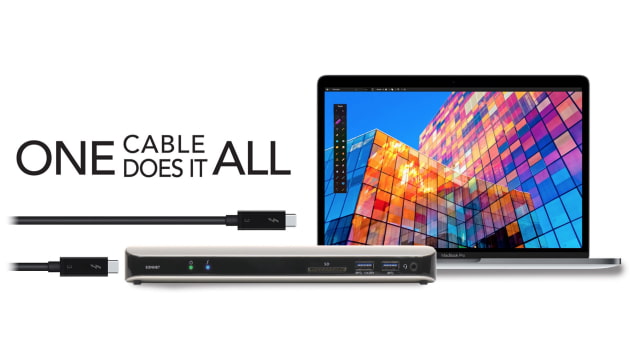 Features:
The Echo 11 Dock offers one Gigabit Ethernet, one 3.5-millimeter audio, and five USB 3.0 interfaces, plus a handy UHS-II–compliant SD card reader. Eleven devices plug in directly to the Sonnet Echo 11 Dock. Two of its five USB 3.0 ports are conveniently placed on the front of the enclosure, with one supporting quick charging of an iPhone, iPad, or other similar device even when the user’s computer is sleeping, off, or disconnected. The dock’s SD card reader supports SD, SDHC, and SDXC media at their maximum transfer speeds. The Echo Dock features a second Thunderbolt 3 port to support daisy-chaining of up to five additional Thunderbolt peripherals, plus a 4K display or a USB device at the end of the chain. 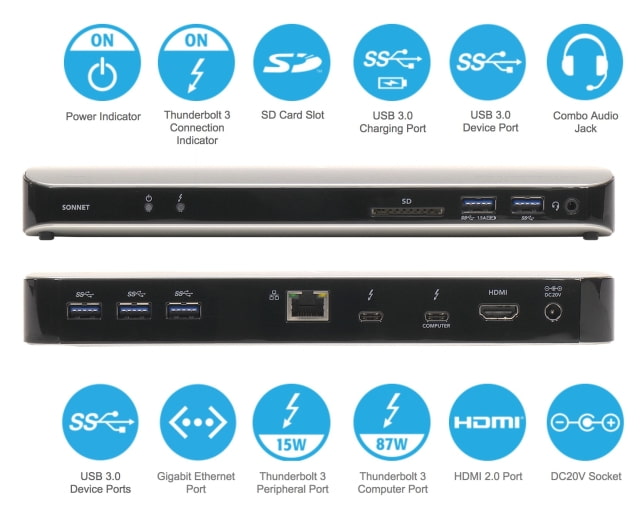 Pricing and Availability:
The Echo 11 Thunderbolt 3 Dock (part number ECHO-DK11-T3) is available now at a suggested retail price of $299. 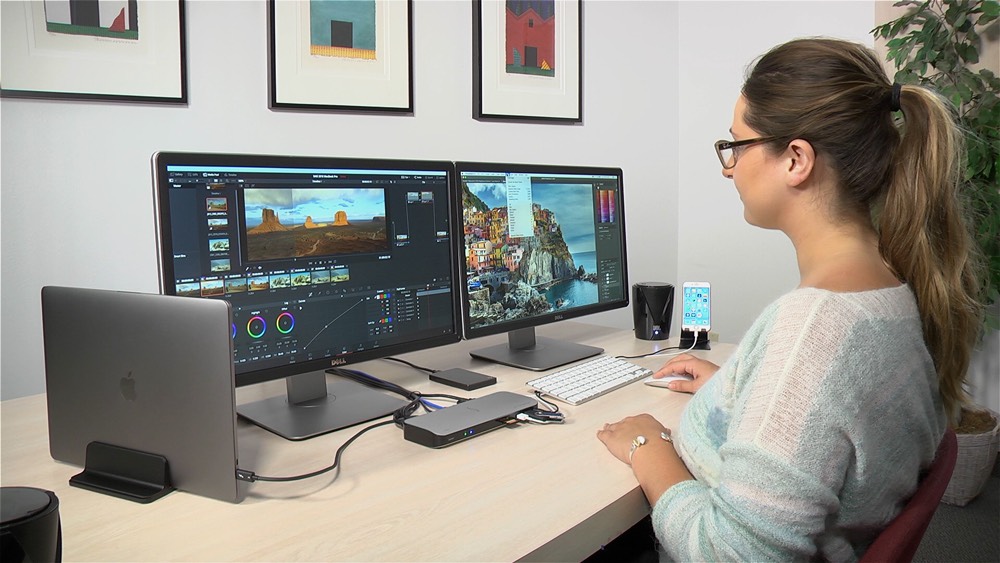 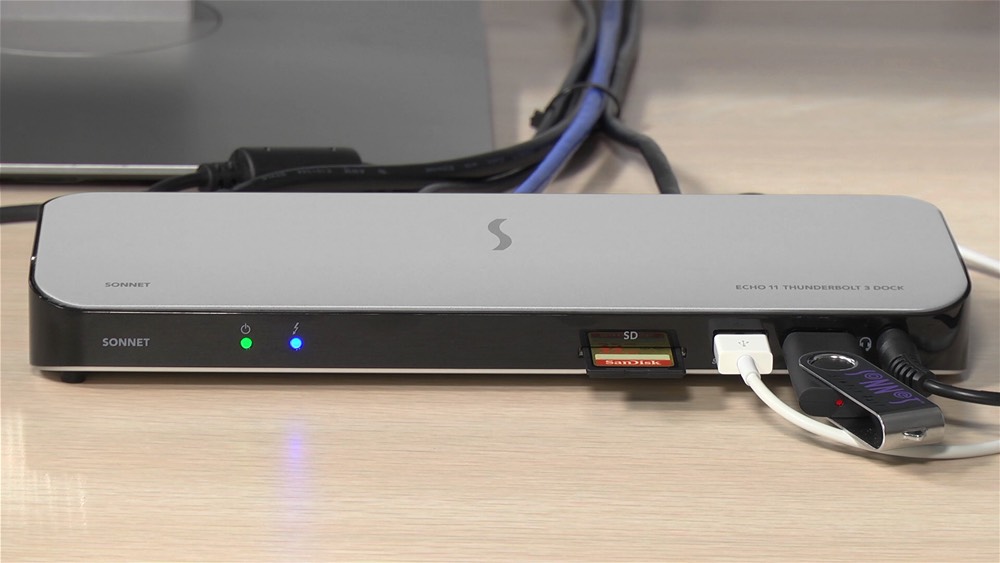