Vizio, Sony, and LG have all recently announced that their new smart TVs will support Apple HomeKit. Now thanks to a config file spotted by developer Khaos Tian, we some have some details on what features may be controllable. 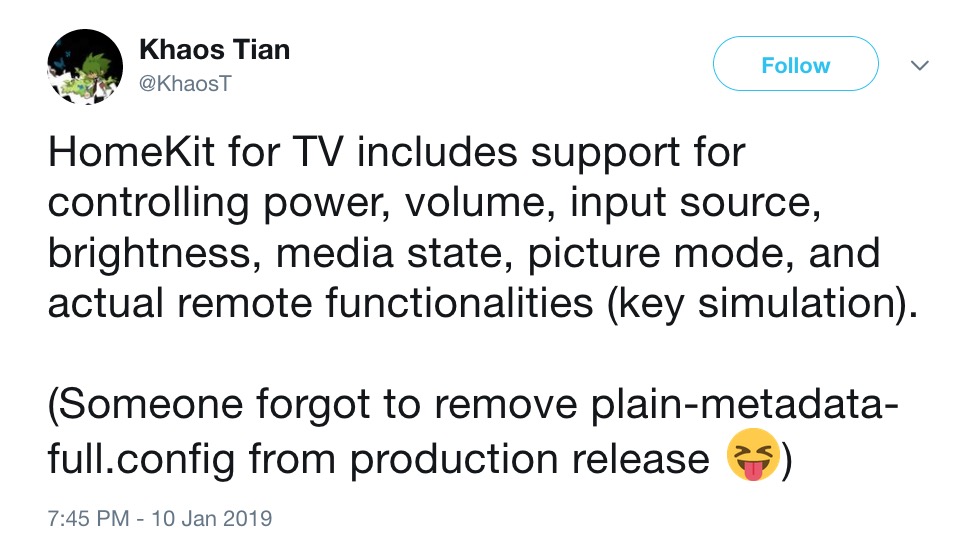 Tian also notes that "Actual implementation to support that apparently was behind some #if macro, and not actually in current build. But that plain text file contains service and characteristic definition".

This is exciting news for customers planning to purchase a new TV but not so much for users who have an older 2018 or earlier model. A petition has already started to convince LG to add HomeKit support to 2016, 2017, and 2018 televisions. Notably, Tian says this might not require that much work.

Apple has posted a list of upcoming AirPlay 2 enabled televisions but has yet to list all the models which will support HomeKit. 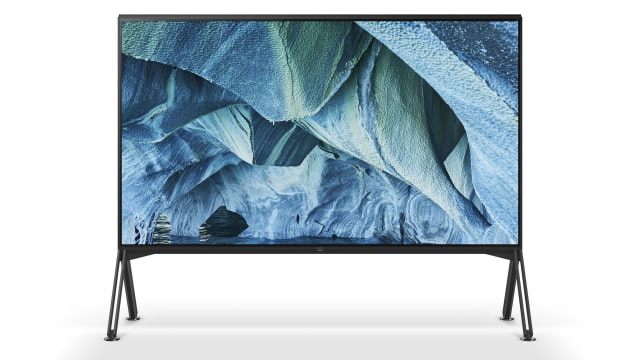