We have designed this protocol to do the same for front cameras as our well-established DxOMark Mobile protocol does for main cameras: offer neutral and reliable test data about smartphone front camera performance and image quality to consumers and other interested parties. 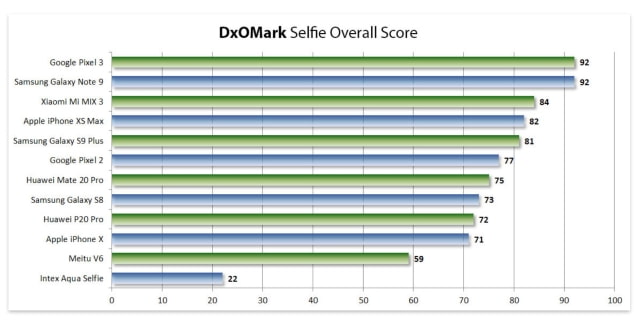 To get things started, the company has tested twelve smartphone selfie cameras that cover all brackets of the market—from entry-level devices to flagship models. Topping the early list are the Google Pixel 3 and the Samsung Galaxy Note 9 which both scored 92 points.

"The Google Pixel 3 has the edge in terms of focus system, but the Note 9 achieves better results for exposure and color. Images captured with the Google device show slightly stronger contrast and a cooler white balance. The Samsung is a little better at exposing for faces and applies a little less contrast to faces, making for a slightly more natural look"

Here's what DxOMark had to say about the iPhone XS Max selfie camera.

Apple’s flagship iPhone XS Max produces some of the best still image and video quality in bright-light conditions, but struggles more than its high-end competitors when the light gets dimmer. In our rankings, it ties at 81 points with the Samsung Galaxy S9 Plus.

The site plans to keep adding more selfie camera reviews in the near future. Hit the link below for more detailed information on the rankings. 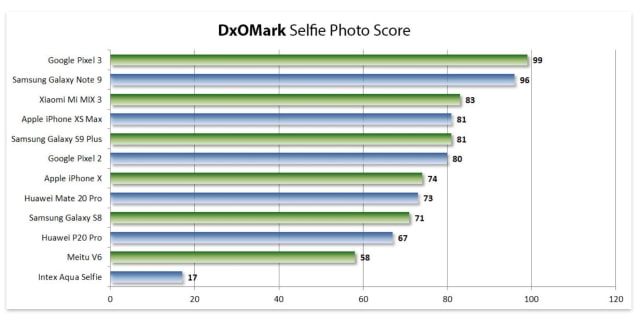 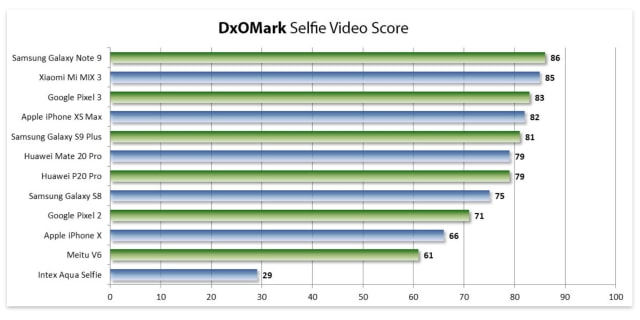