Numerous publishers have already signed up to Apple's upcoming subscription news service at a 50% revenue split, according to Recode.

Apple has already signed many publishers to deals where they’ll get 50 percent of the revenue Apple generates through subscriptions to its news service, which is currently called Texture and will be relaunched as a premium version of Apple News this spring.

Some publishers are pushing back at the 50% revenue split but others are happy to agree with it because they expect Apple to sign up millions of people to the service. Those publishers would rather have a small percentage of a big number than a big percentage of a small number.

One publishing executive told Recode: “It’s the absolute dollars paid out that matters, not the percentage.”

It's unlikely that argument will convince large newspapers like the New York Times or the Washington Post to get onboard; however, negotiations are ongoing. Publishers are also concerned about access to subscriber data that Apple typically doesn't provide.

Apple is purportedly planning to unveil the news service and its long rumored video service at a March 25th special event. Please follow iClarified on Twitter, Facebook, Google+, or RSS for updates. 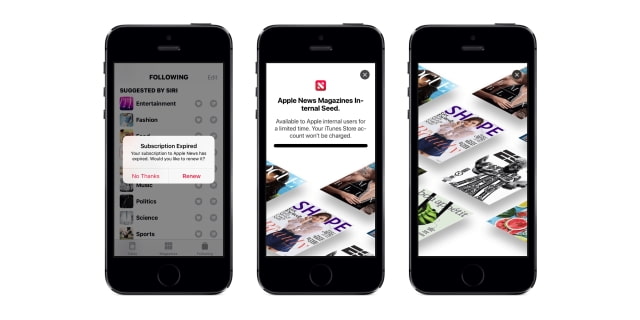