Apple CEO Tim Cook has changed his Twitter name to 'Tim ' after being accidentally referred to as 'Tim Apple' by President Trump.

The President humorously mixed up Cook's name during a meeting of the Workforce Policy Advisory Board yesterday.

We're going to be opening up the labor forces because we have to. We have so many companies coming in. People like Tim - you're expanding all over and doing things that I really wanted you to right from the beginning. I used to say, 'Tim, you gotta start doing it here,' and you have really have put a big investment in our country. We appreciate it very much, Tim Apple.

Check out the clip below... 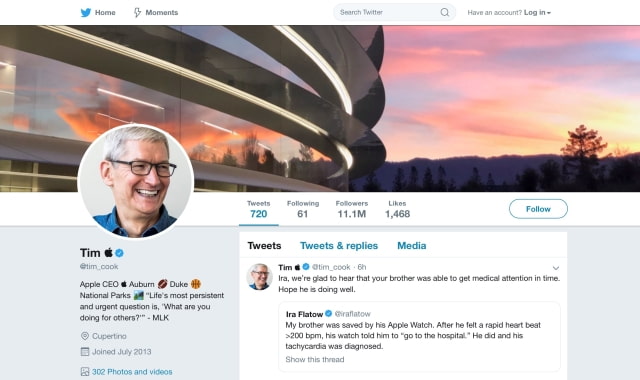 FreddyZiffle - March 9, 2019 at 7:43pm
Tim should be proud to have been named by Donald America.
Reply · Like · Mark as Spam
Recent