Apple has released tvOS 12.3 beta and Apple TV Software 7.3 beta to developers for testing. The build numbers are 16M5117f and 12H825, respectively.

There's no details provided on what's new; however, it's possible that Apple will use the betas to test the new Apple TV app ahead of its May release. 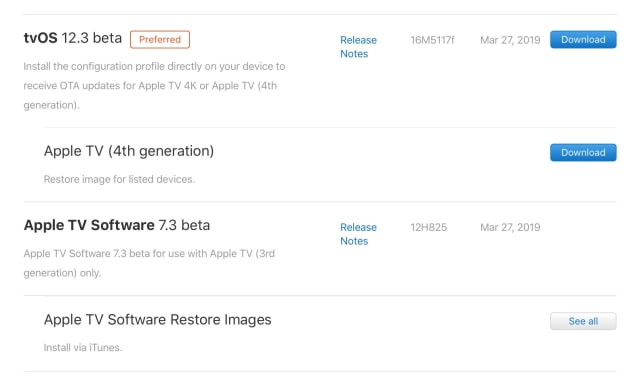