Apple has reportedly hired much of the software team behind the Lighthouse AI security camera startup which closed its doors late last year after failing to achieve commercial success.

The Information has learned that some of the Lighthouse team will continue their work at Apple. The startup’s co-founders Alex Teichman and Hendrik Dahlkamp, who have strong backgrounds in AI research and self-driving car technology, have joined Apple, along with around 20 of Lighthouse’s software team, said a person familiar with the matter. The Lighthouse hardware team didn’t join Apple.

This follows a report from earlier this month revealing that Apple had acquired some of the company's patents.

Notably, the startup's co-founders sent an email to testers earlier this week asking for permission to transfer video and sensor data collected through the camera to Apple. This data is used to train machine learning algorithms to recognize people and scenes inside homes. The cameras are still operational.

While the Lighthouse team is expected to continue work on this project at Apple, it's unclear how the company will use the technology in the future. 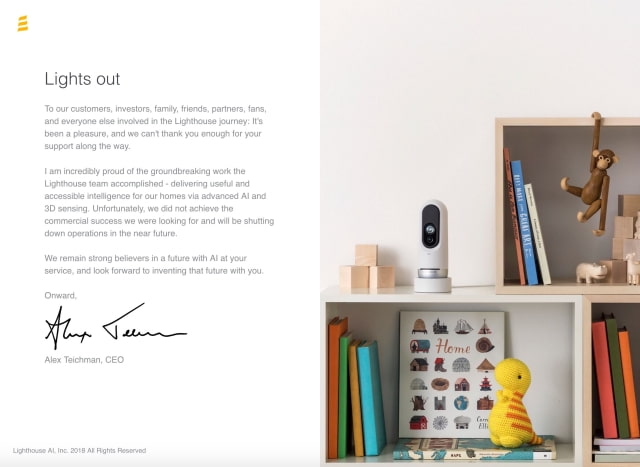