Apple has asked suppliers to evaluate shifting 15% to 30% of capacity from China to Southeast Asia, reports Nikkei Asian Review.

The site says Apple is preparing for a fundamental restructuring of its supply chain following trade tensions between the U.S. and China. Even trade disputes are resolved, the company is unlikely to turn back. Apple has apparently decided the risks of relying so heavily on manufacturing in China are too great.

"A lower birthrate, higher labor costs and the risk of overly centralizing its production in one country. These adverse factors are not going anywhere," said one executive with knowledge of the situation. "With or without the final round of the $300 billion tariff, Apple is following the big trend [to diversify production]," giving itself more flexibility, the person added.

"It's really a long-term effort and might see some results two or three years from now," said one supplier. "It's painful and difficult, but that's something we have to deal with." 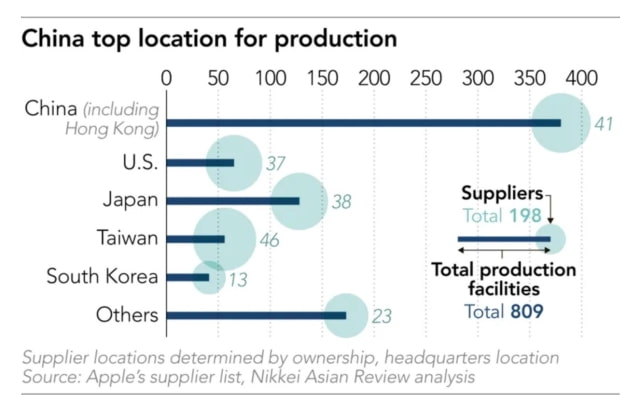 At the end of 2018, Apple began to expand its 'capital expense studies' team. The team reportedly consists of over 30 people who discuss production plans with suppliers and negotiate with governments over financial incentives they might offer to attract Apple manufacturing. They also deal with regulations and the local business environment.

Key assemblers including Foxconn, Pegatron, Wistron, Quanta, Compal, Inventec, Luxshare-ICT and Goertek have all been asked to evaluate options outside of China.

Notably, Foxconn recently announced that it has enough capacity to make all U.S. bound iPhones outside of China if needed. 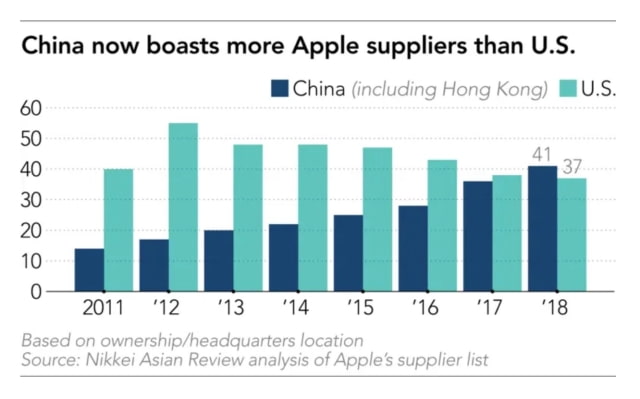