Check out this new AirPods concept based on purported leaks of the next generation earbuds. A glyph of the wireless earphones was leaked in iOS 13.2 beta.

A quick little rendering of the leaked AirPods Pro prototype

Based on code references found in iOS 13.2, the new AirPods will have different listening modes, including a noise canceling mode that is being called 'focus mode'. The AirPods have a model code of B298.

It's possible that Apple could unveil the AirPods at a press event later this month. Check out the mockup below and please follow iClarified on Twitter, Facebook, Google+, or RSS for updates. 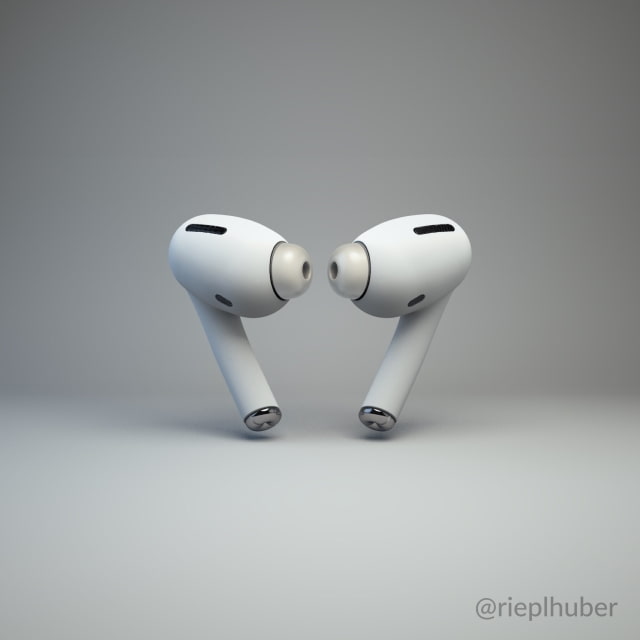 ichild - October 8, 2019 at 10:45am
It really doesn't matter anymore from here on, I'm sorry I even bought the version 2. Will be going back to version 1 much cheaper anyway and wireless charging is totally useless for me, not even close to wired chargeing.
Reply · Like · Mark as Spam

nocci - October 6, 2019 at 4:56am
Why would the new Apple branded headphones suddenly change design when clearly they retained its exact look since those from 2012 when the headphone jack was a thing? WAS a thing. No way these would even stay on or feel comfortable. Looks more like a water gun anyway.
Reply · Like · Mark as Spam

zetaprime - October 4, 2019 at 5:49pm
You got it! That would be a terrible design and would not fit human ears at all. Sometimes an icon is just an icon.
Reply · Like · Mark as Spam
1 More Comment
Recent