The new beta of iOS 13.2 released to developers today appears to have leaked an icon of Apple's next generation AirPods.

The glyph was spotted by Guilherme Rambo in a component of the system related to accessibility settings. This suggests the AirPods could work as hearing aids.

Other references found in the OS suggest the new AirPods will have different listening modes, with or without noise canceling, which is being called “focus mode” in the system. The new AirPods have the model code B298. 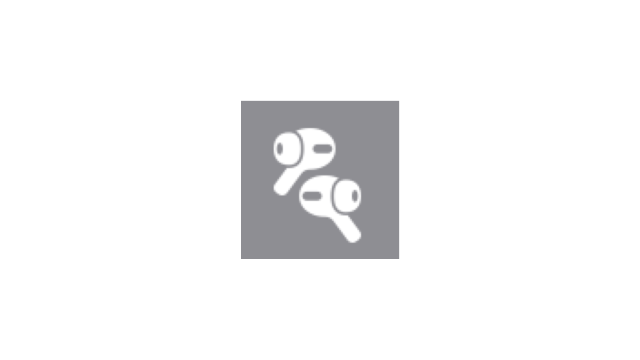 Notably, the glyph looks like an alleged 'AirPods 3' prototype that surfaced on slashleaks last month.

It's possible that Apple could announce the new AirPods at a press event later this month. Other products rumored for that event include the new 16-inch MacBook Pro, iPad Pro updates, a new Apple TV, and more.

zetaprime - October 3, 2019 at 6:48pm
Hope they stick with the current iPods style. The icon looks like the sort that I once tried but didn’t like at all.
Reply · Like · Mark as Spam

the voice of reason - October 3, 2019 at 10:00am
Seems pretty obvious by the icon design that these would be an in-ear version of the current earbuds. Everyone can stop panicking now. Sheesh.
Reply · Like · Mark as Spam

ex iPhone lover - October 3, 2019 at 5:12am
Apple is becoming Nokia!!! I used apple products for 10 years and i must say there is nothing new in their products and OS. Now i am fed up by their consistent policy of not evolving in tech world.
Reply · Like · Mark as Spam
3 More Comments
Recent