The image shows a Power/Touch ID button key that is separated from the main Touch Bar, suggesting that the ESC key on the 16-inch model could also be a real key.

Today, an image found in the release version of macOS 10.15.1 reveals another look at the new device, showing that one of its new features will be a power / Touch ID key separated from the screen of the Touch Bar. This confirms earlier reports that also mentioned the new machine having a real escape key instead of the software one of the current models.

The site notes that the icon for the 16-inch MacBook Pro, previously found in macOS 10.15.1 beta, has been removed. This suggests that perhaps Apple won't be releasing the device in the very near future. 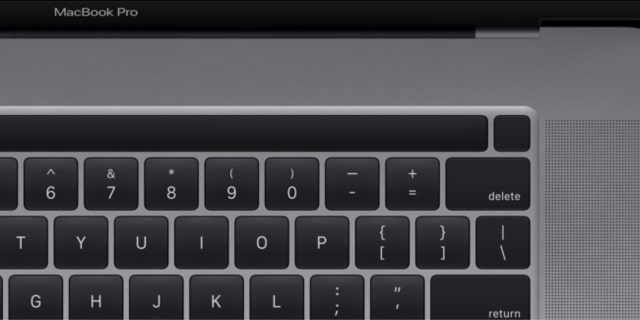