Sonos has sued Google in two federal court systems, accusing the tech giant of infringing on its patents for wireless speakers and synchronized music playback.

In a New York Times report, Sonos said it handed over the effective blueprints to its speakers to Google back in 2013 when the company was launching its music service. At the time Google didn't make speakers and it 'felt like a harmless move'.

A few years ago, Amazon and Google introduced their own speakers undercutting Sonos on price and allegedly using their patented technology. According to Sonos, Google and Amazon are each violating around a hundred of their patents.

As early as 2013, Google gained knowledge of Sonos’s patented multi-room technology through a partnership with Sonos to integrate Google Play Musicinto the Sonos platform. However, just two years later in 2015, Google beganwillfully infringing Sonos’s patents when it launched its first wireless multi-roomaudio product – Chromecast Audio. Since 2015, Google’s misappropriation ofSonos’s patented technology has only proliferated, as Google has expanded itswireless multi-room audio system to more than a dozen different infringing products, including, for example, the Google Home Mini, Google Home, GoogleHome Max, and Pixel phones, tablets, and laptops. Worse still, Google has persisted despite the fact that Sonos has warned Google of its infringement on atleast four separate occasions dating back to 2016.

“Google has been blatantly and knowingly copying our patented technology,” Sonos CEO Patrick Spence said in a statement. “Despite our repeated and extensive efforts over the last few years, Google has not shown any willingness to work with us on a mutually beneficial solution. We’re left with no choice but to litigate.”

Sonos executives say they decided to sue only Google because they couldn't risk fighting two tech giants in court at once. However, Sonos could testify to the House antitrust subcommittee about their issues with both.

In response to the lawsuit, Google said, "we are disappointed that Sonos brought these lawsuits instead of continuing negotiations in good faith. We dispute these claims and will defend them vigorously."

Amazon also denied infringing on Sonos technology saying, "The Echo family of devices and our multi-room music technology were developed independently by Amazon." 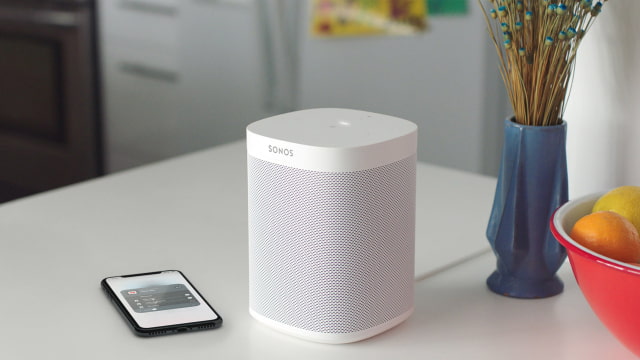