A U.S. Federal Court Judge has ruled that the $26 billion T-Mobile Sprint merger is legal and should be allowed to proceed.

A group of state attorney generals had tried to block the merger claiming that it would lead to higher prices for consumers.

Judge Victor Marrero disagreed saying, "T-Mobile has redefined itself over the past decade as a maverick that has spurred the two largest players in its industry to make numerous pro-consumer changes. The proposed merger would allow the merged company to continue T-Mobile’s undeniably successful business strategy for the foreseeable future."

T-Mobile and Sprint welcomed the news:

“Today was a huge victory for this merger … and now we are FINALLY able to focus on the last steps to get this merger done! We want to thank the Court for its thorough review of the facts we presented in our case. We’ve said it all along: the New T-Mobile will be a supercharged Un-carrier that is great for consumers and great for competition. The broad and deep 5G network that only our combined companies will be able to bring to life is going to change wireless … and beyond. Look out Dumb and Dumber and Big Cable – we are coming for you … and you haven’t seen anything yet!” said John Legere, Chief Executive Officer of T-Mobile.

“This is a BIG win and a BIG day for the New T-Mobile! Now we can get to work finishing what we set out to do – bringing a new standard for value, speed, coverage, quality and customer service to U.S. consumers everywhere and TRULY changing wireless for good. Now we’re laser-focused on finishing the few open items that remain but our eye is on the prize: finally bringing this long-awaited merger and all the goodness it will deliver to a close as early as April 1, 2020. We are SO ready to bring the New T-Mobile to life!” said Mike Sievert, COO and President of T-Mobile. Sievert has been appointed by the T-Mobile US Board of Directors to become CEO of the company starting on May 1, 2020.

“Judge Marrero’s decision validates our view that this merger is in the best interests of the U.S. economy and American consumers,” said Sprint Executive Chairman Marcelo Claure. “Today brings us a big step closer to creating a combined company that will provide nationwide 5G, lower costs, and a high-performing network that will invigorate competition to the benefit of all mobile wireless and in-home broadband consumers. With the support of federal regulators and now this Court, we will focus on quickly completing the few remaining necessary steps to close this transaction. I am proud of my Sprint team’s dedication, passion and resilience throughout the merger review process, and we are ready to make the vision of a New T-Mobile a reality.”

The T-Mobile and Sprint combination remains subject to certain closing conditions, including possible additional court proceedings, and satisfactory resolution of outstanding business issues among the parties.

Here's the touted benefits of the 'New T-Mobile':
● America’s first transformational nationwide 5G network and services that will supercharge innovation throughout the U.S. economy, connect people throughout the country and help bridge the Digital Divide. With speeds up to 5x faster than current LTE in just a few years and reaching as much as 15x faster by 2024, New T-Mobile’s 5G network will change the way consumers think about and use the Internet.
● Expanding access and bridging the Digital Divide with #5GForAll. The New T-Mobile will challenge a system that is not working for America’s consumers, driving competition and innovation that benefits everyone, everywhere. New T-Mobile’s plans to deploy a higher quality and more robust network for rural America and to prioritize more vulnerable urban populations will ensure that all Americans have a meaningful chance to thrive in the 5G economy.
● Better service and lower prices for ALL Americans. New T-Mobile is committed to delivering the same or better rate plans at the same or better prices for three years – and that includes 5G. With 14X more total capacity in 2024 than standalone T-Mobile has today, the New T-Mobile’s 5G network will bring down the cost of delivering a gigabyte of data, providing enormous economic incentives for the New T-Mobile to lower prices. New T-Mobile will vigorously compete for consumers at all price points and all customers, including prepaid and Lifeline, will have access to the same amazing 5G network and services.
● Alternative to in-home broadband. The New T-Mobile Home Internet will bring the Un-carrier beyond wireless to provide much needed competition to Big Cable. New T-Mobile’s wireless in-home broadband service will overcome the obstacles to extending traditional wireline access by blanketing high-capacity coverage over previously difficult to serve areas. It will deliver 100+ Mbps speeds for wireless broadband to 90% of the population and in-home service to over half the country’s households by 2024.
● Job creation nationwide. New T-Mobile will be a job creator from Day One. In year one, New T-Mobile will have more than 3,500 additional full-time U.S. employees than the standalone companies would have had, and 11,000 more people by 2024. Additionally, plans to build more than 600 new retail locations and five new customer experience centers will create approximately 12,000 more jobs – many in small towns. 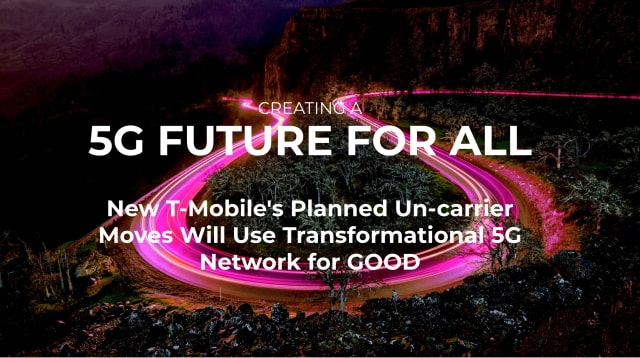