Apple has updated iMovie for iOS with support for HDR and 4K 60fps video, as well as, numerous other improvements.

With a streamlined design and intuitive Multi-Touch gestures, iMovie lets you create Hollywood-style trailers and beautiful movies like never before.

What's New In This Version:
• Customize any title by selecting from dozens of built-in fonts
• Adjust the color of any title by selecting from a grid or spectrum of presets, adjusting numerical sliders, or using the eyedropper in the viewer
• Quickly change a title’s default style, capitalization and duration
• Pinch and drag to adjust the size and location of any title
• Choose from three new animated titles: Slide, Split and dual-color Chromatic
• Add solid, gradient, and patterned backgrounds to your movie
• Use the color picker to customize the colors of any background
• Drag the slider to change the intensity of any filter applied to your photos and videos
• Import and share 4K videos at 60 frames per second*
• View, edit, and share High Dynamic Range (HDR) videos from your Photos library**
• Tap the new options button at the top of the Share sheet to share a project or video file and choose properties including resolution, frame rate, and HDR**

You can download iMovie from the App Store for free. 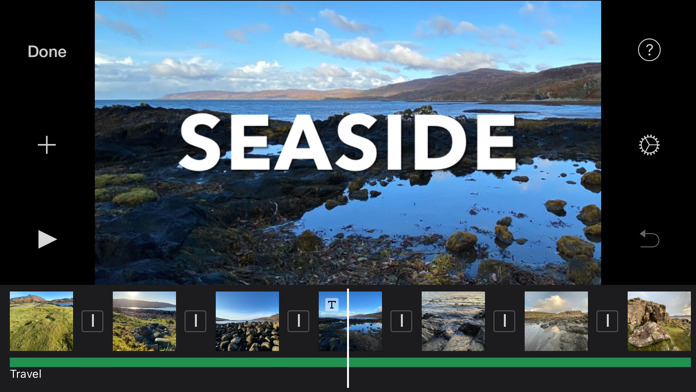 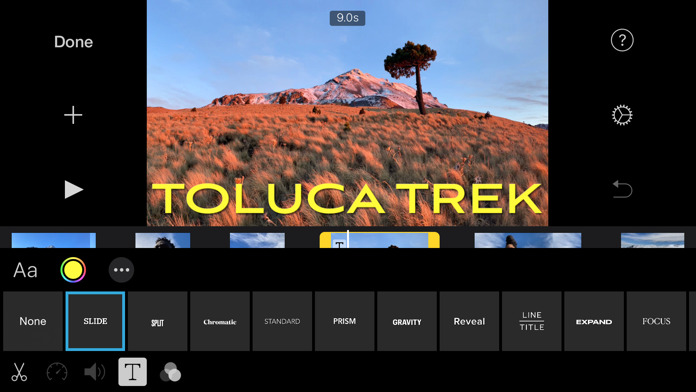 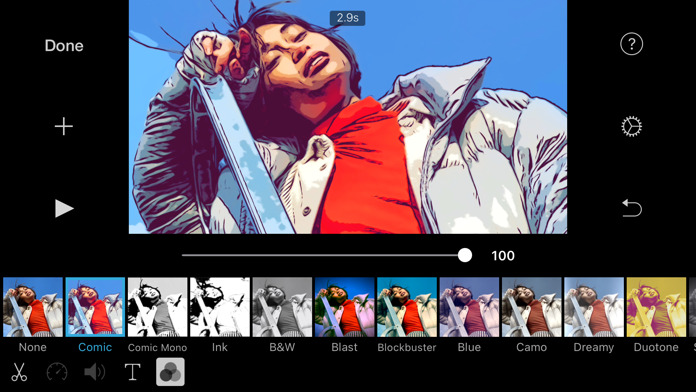