The checkra1n jailbreak has been updated to version 0.12.1 bringing partial HomePod support and other improvements.

What's New
Highlighted changes
● Adds an on-device alert to indicate checkra1n’s Safe Mode is active
● Adds support for iBridge SSH from the same host
● Partial support for the original HomePod (CLI only, tested to work with audioOS 13 and 14)

Bug fixes
● Fixes an issue that would often cause Safe Mode to be entered on iOS 14.2 regardless of whether the user requested it or not
● Safe Mode no longer loads 3rd-party LaunchDaemons
● NVRAM is now unlocked on iOS 14.2 as well
● Fixes an issue where jailbreaking an AppleTV fail on fresh tvOS installations
● The bundled dd binary now has the entitlement required to access block devices
● Fixes multiple memory leaks in early-boot binaries
● Changes some GUI internals that should reduce the chance of exploit failure and GUI hiccups

Notes
● A11 devices on iOS 14.0 and above require removing the passcode and enabling “Skip A11 BPR check” in the options. This is not recommended, but it’s there.

Known issues
● A10/A10X devices on 14.3 and above as well as T2 devices on bridgeOS 5.1 and above will crash and reboot before reaching PongoOS
● On A10/A10X devices running iOS 14, boot may sometimes hang in pongoOS. In that case, reboot the device and retry.
● A7 devices will currently not work with the Linux version
● The exploit may not work as reliably on some devices, such as the Raspberry Pi Zero and Raspberry Pi 3
● Linux GUI build when using CLI mode doesn’t support auto assertion of DFU mode on advanced Apple TV 4k breakout boards
● bridgeOS:
○ As soon as macOS boots it’ll take over the USB connection and disallow communication
● Some users have reported checkra1n crashing when Chinese is set as the only system language. It is unknown whether any other language is affected.

Unsupported platforms
This beta is only available for macOS and Linux. Work is ongoing to support Windows, which will be added in a later release.

Package managers
At the moment, checkra1n only supports installing Cydia. Support for other package managers, including Zebra and Installer is coming soon and is expected within the coming weeks.

You can download the checkra1n 0.12.1 beta from here or at the link below:
● Where to Download the Checkra1n Jailbreak From 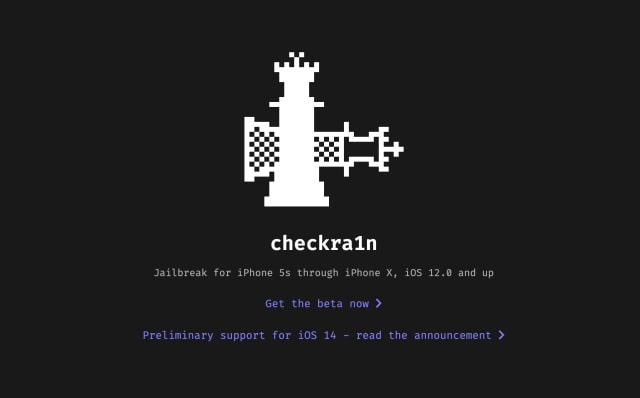