Apple's upcoming new iMac with Apple Silicon could feature a display that's larger than the 27-inch screen on the current model, according to leaker L0vetodream.

In a recent tweet, L0vetodream said, "The iMac’s screen is really big, bigger than the biggest one."

The new iMac is rumored to feature an M1X processor built on TSMC's 5nm process. There will purportedly be two new models, replacing both the current 21.5-inch and 27-inch iMac. Design-wise, the new models are said to slim down the black borders around the screen, do away with the chin area, and get a flat back. Perhaps more similar to the Pro Display XDR monitor. 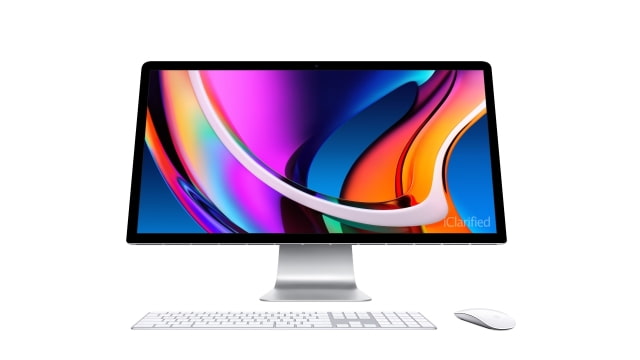