The next-generation Apple Silicon iMac and MacBook Pro will feature an M1X processor built on TSMC's 5nm process, according to a recent DigiTimes report.

The site says that Apple recently cut orders for its 5nm A14 chips and Mac series M1 chips as it begins to transition to production of chips for next generation models.

The semiconductor industry pointed out that the original second quarter was the time when Apple’s new and old products were converted. Every year, the scale of orders would be reduced. This is expected for TSMC. Therefore, MediaTek and Supermicro customers have already been scheduled to enter the film. It has also been reported that Intel is also cooperating in 5nm. In addition, Apple’s upcoming new MacBook Pro and iMac will continue to use the 5nm process for the M1X chips.

It's widely expected that Apple will release a new 16-inch MacBook Pro and a redesigned iMac with Apple Silicon this year. Additionally, DigiTimes reports that 4nm chip production capacity has already been set aside for future Macs. Earlier today, Apple announced its Worldwide Developers Conference (WWDC) which will take place in June. It's possible we could see new products unveiled at this event, in addition to the usual software updates for iOS, iPadOS, watchOS, tvOS, and macOS. 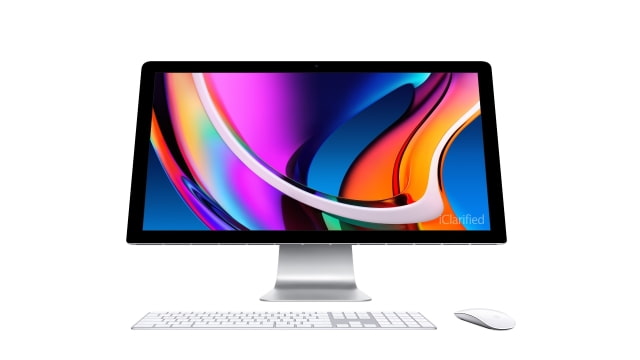