Apple quietly upgraded its A12, A13, and S5 products last fall with a second generation secure storage component, according to an official support document.

The change was spotted by Twitter user Andrew Pantyukhin...

"Apparently, there was a security reason serious enough to change the production of all A12 and A13 devices in the fall of 2020. Also, TIL, the secure enclave in iPhones *does not* include key storage Exploding head So many questions!"

Here's what Apple says in the support document...

Check out the support document linked below for more details... 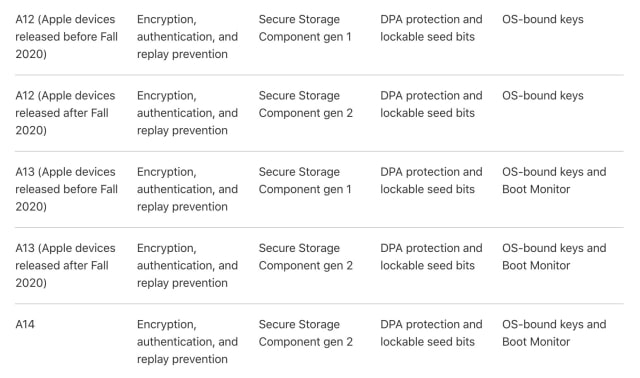