Apple was named a 'Leader' on TIME's list of the Most Influential Companies of 2021. The list was divided into five categories including Pioneers, Leaders, Innovators, Titans, and Disrupters.

During the holiday season, Apple raked in a record-breaking $111 billion, thanks in part to the uptick in remote work and schooling boosting its Mac and iPad sales. And that’s just one way the Tim Cook–led, Cupertino, Calif., company was able to defy gravity in 2020, upsetting both the competition and its apparent partners. Among other moves, it launched a new Mac lineup with a plan to phase out its use of Intel processors for its own Apple-made designs based on its mobile devices. It debuted new iPhone models that caught up to the 5G-enabled competition, and added services like Apple Fitness+ to help keep people moving when they’re indoors (and to compete with fitness companies like Peloton). As with Google and Amazon, Apple has faced increased scrutiny for allegedly anti-competitive practices over the past year, but anti-trust lawsuits and complaints—in the U.S., the E.U. and elsewhere—haven’t dulled the giant’s interest in further expansion. The company is rumored to be eyeing new product categories, such as augmented-reality glasses, and speaking with auto manufacturers about a potential Apple-branded self-driving vehicle.

Check out the full list of 100 companies at the link below! 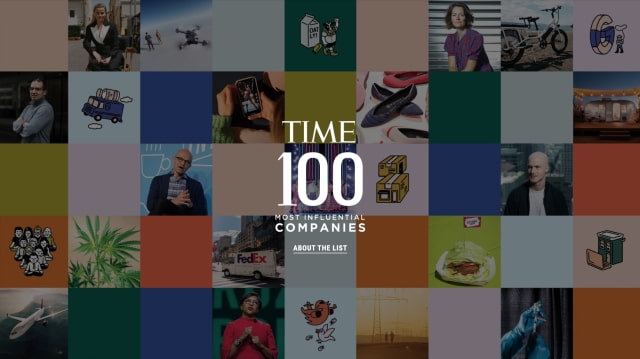