Early benchmarks indicate that the new M1 iPad Pro over is over 50% faster than its predecessor.

Results for the upcoming 12.9-inch iPad Pro have been spotted in the GeekBench results browser. Here are some of the first scores...

The scores for the new iPad Pro nearly match those of the new MacBook Air which come in at 1701 and 7378.

Check them out below! 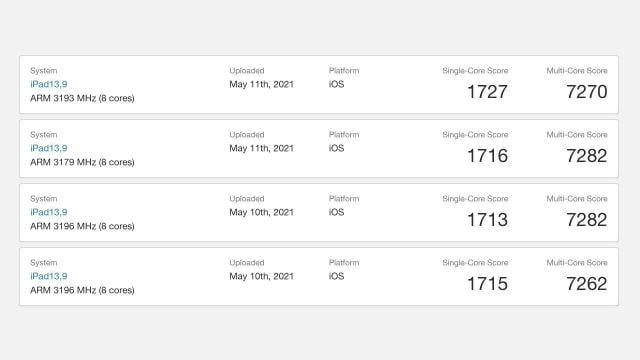