Apple is working on a new 40-core Mac Pro and a faster Mac mini that will use the same chip as the upcoming MacBook Pro, reports Bloomberg.

The new Mac mini, codenamed J374, is said to use the same 10-core chip as a redesigned MacBook Pro which could arrive this summer. The chip can purportedly be configured with up to 64GB of RAM.

It’s expected to have four ports versus the pair available on the current low-end version and to sit above the current entry-level M1 Mac Mini. Apple could delay or cancel the new mini’s launch -- as it has in the past -- but eventually the company will likely replace the Intel-equipped version it now sells.

For professional users, a new high-end Mac Pro desktop is said to offer processors that are either twice or four times more powerful that the 10-core MacBook Pro chip.

Codenamed Jade 2C-Die and Jade 4C-Die, a redesigned Mac Pro is planned to come in 20 or 40 computing core variations, made up of 16 high-performance or 32 high-performance cores and four or eight high-efficiency cores. The chips would also include either 64 core or 128 core options for graphics. The computing core counts top the 28 core maximum offered by today’s Intel Mac Pro chips, while the higher-end graphics chips would replace parts now made by Advanced Micro Devices Inc.

Apple has purportedly been working on the new Mac Pro for several months. It's expected to look like a smaller version of the current generation desktop. 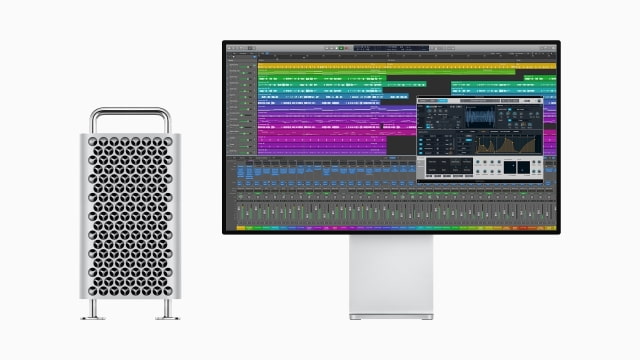