A new battery, potentially for the next generation 16-inch MacBook Pro, has been spotted in a Chinese regulatory database by MacRumors.

MacRumors has potentially discovered the next-generation 16-inch MacBook Pro in a Chinese regulatory database. The listing, filed on April 14 by Apple supplier Sunwoda Electronic, is for a battery with an Apple-like model identifier A2527 rated at 8,693 mAh/11.45V. This is similar to the current 16-inch MacBook Pro's battery, which is rated at 8,790 mAh/11.36V, according to iFixit. 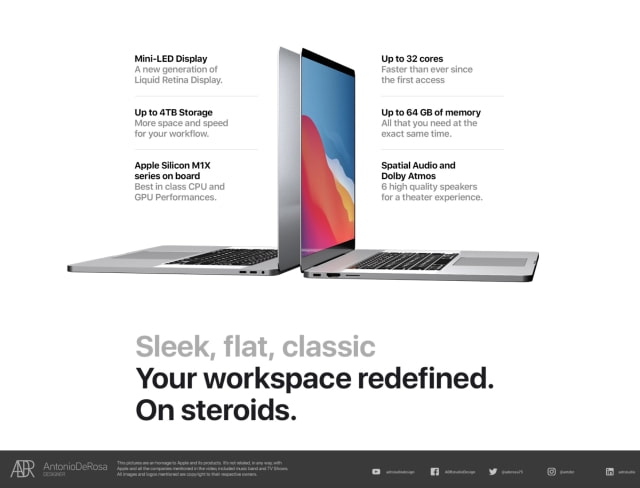 Although the new battery is slightly smaller than the current one, the move to a more power efficient Apple Silicon chip will prevent a reduction in battery life. Potentially, battery life could improve.

Earlier today, WedBush predicted that Apple would unveil new 14-inch and 16-inch MacBook Pros at WWDC. The notebook is expected to get a new M1X chip with 10-cores, a flatter design with a mini-LED display, more ports, MagSafe, and more.