Apple has patented a method of tracking a user's hydration levels using an Apple Watch. The patent is called "Hydration measurement with a watch".

Hydration measurement capabilities can be provided by a wearable electronic device, such as a watch, to allow a user to easily track hydration. A watch can be positioned to receive and measure one or more electrical properties of perspiration produced by the user wearing the watch. The watch provides electrodes for measuring the electrical properties of the perspiration. The electrical properties, such as electrical conductance, can represent a concentration of electrolytes in the perspiration, which in turn represents a hydration level of the user. The hydration tracking can be performed non-invasively, repeatedly, accurately, automatically, and with minimal user intervention. The measurements can be used to provide useful feedback and health tracking information to a user, thereby allowing the user to better manage hydration and overall health.

Apple says the detection can be automated, passive, or based on an express command.

"The detection can be based on a detectable level of conductance between multiple electrodes, for example where such conductance is not present in the absence of a fluid, such as perspiration. The detection can also be initiated based on activity (e.g., motion) of the user and/or initiation of a fitness tracking program of the watch."

It's unclear when or if Apple will introduce hydration tracking on the Apple Watch; however, the company has been consistently adding health features to the device including heart rate tracking, blood oxygen tracking, and sleep tracking. 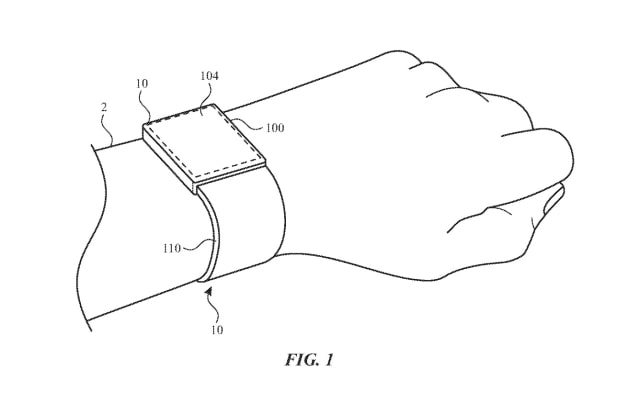