Production of the next generation Apple Watch has purportedly been delayed due to 'critical challenges', reports Nikkei.

Manufacturers of Apple Watch 7, as the device is expected to be called, began small-scale production last week but encountered critical challenges in reaching satisfactory production performance, multiple people familiar with the situation said. Three sources said the current disappointing production quality could be attributed to the complexity of design, which is significantly different from that of previous generations of the watch, and the assemblers found issues when putting together electronics modules, components and displays.

Sources say production has been temporarily halted to sort out the problems and further certify the design before mass production. Some component suppliers have been asked delay shipments to assemblers while the issues are being resolved.

"Apple and its suppliers are working around the clock trying to solve the issues, but currently it is hard to tell when the mass production could begin," a source said.

The new Apple Watch is rumored to feature blood pressure measurement capabilities, better water resistance, and a flat edge design. The interior design, including the positioning of some modules, differs from previous generations. 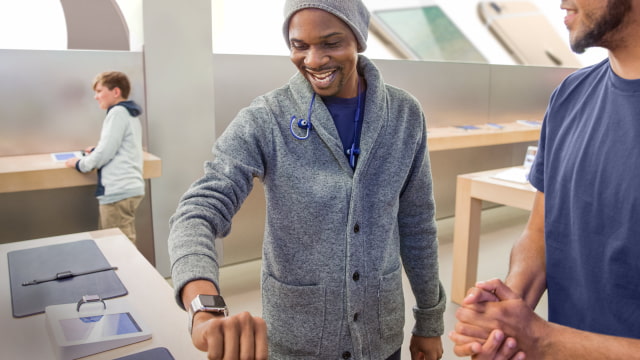