Apple CEO Tim Cook has been named a 'Titan' on TIME's list of The 100 Most Influential People of 2021.

Nike co-founder and chairman emeritus Phil Knight had this to say about Cook...

-----
In 2005, when we first talked to Tim Cook about becoming a member of the Nike board, we were hoping to add a good decisionmaker to the team. Within a short time, he proved himself to be a man of excellent judgment, able to think tactically and strategically in an industry far different from his own. He also offered the most valuable attribute of any leader in any field: wisdom.

Outside of our work together, I have known Tim as both a friend and as a rival college-football fan. (The tally since Tim joined Nike’s board: Auburn 2 wins, Oregon 0. So far.) Virtually all leaders of large organizations today have high IQs. What separates the good from the great are intangibles such as character, compassion, courage—adjectives that apply to Tim.

One of his most difficult challenges was the change of leadership at Apple after Steve Jobs passed away, the Steve Jobs who was beloved and recognized around the world as a genius.

This almost impossible transition was handled with amazing dignity and grace, and announced to the world in his own quiet way: “I am not the second Steve Jobs. I am the first Tim Cook.”

You can check out the full TIME100 list at the link below... 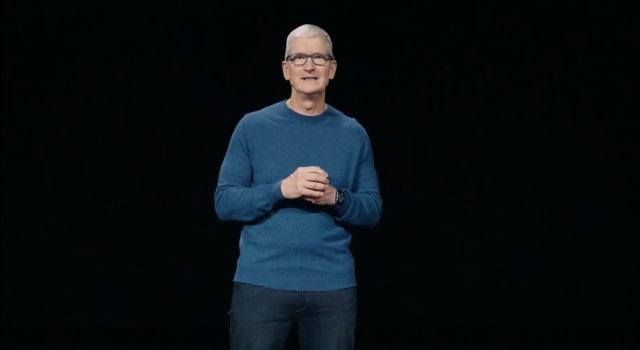 prasadk_16 - September 15, 2021 at 5:28pm
Respect ✊🏼 Tim But still there is no reason to launch a new iPhone with marginal changes compare to previous year, than not launching at all. Jobs used to move innovation out from every department of company so it was a possible for him. Smartphone market is matured and except Apple no one really innovates. So it’s time to take car industry type approach and launch new model every 2-4 years. Also this will allow time to focus on better software upgrades every year. Also start looking for your replacement. Sincerely!
Reply · Like · Mark as Spam
Recent