Nokia has just released a statement about their antenna design and their engineering philosophy in response to Apple's Press Event held earlier today. They also stress that they will always prioritize antenna performance over physical design.

As we’ve all seen, Apple had mentioned Nokia in their press conference today regarding the iPhone4. I wanted to take a moment and send you a statement regarding Nokia’s own antenna design and function.
Antenna design is a complex subject and has been a core competence at Nokia for decades, across hundreds of phone models. Nokia was the pioneer in internal antennas; the Nokia 8810, launched in 1998, was the first commercial phone with this feature.

Nokia has invested thousands of man hours in studying human behavior, including how people hold their phones for calls, music playing, web browsing and so on. As you would expect from a company focused on connecting people, we prioritize antenna performance over physical design if they are ever in conflict.

In general, antenna performance of a mobile device/phone may be affected with a tight grip, depending on how the device is held. That’s why Nokia designs our phones to ensure acceptable performance in all real life cases, for example when the phone is held in either hand. Nokia has invested thousands of man hours in studying how people hold their phones and allows for this in designs, for example by having antennas both at the top and bottom of the phone and by careful selection of materials and their use in the mechanical design. 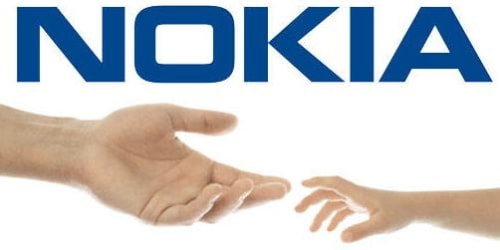 david villa - July 16, 2010 at 10:22pm
I accept nokia cos i have used nokia for 10 yrs. Antenna wasgood. Didn\'t heard drop call but now this f\'king brand apple sucks. Apple defintely loose million of fan including me. Antenna issue, no freedom to use the phone must jailbreak. Trouble waiting jb for months . Apple thumbs down. Give us freedom cos we buy apple phone. We want freedom.
Reply · Like · Mark as Spam