Apple may be scaling back its plans for an iTunes cloud music service that was expected to launch in September, according to Cnet.

After the acquisition of Lala, a streaming music service, and the building of a billion dollar data center, analysts believed that Apple would obtain the proper music licenses and launch the cloud service.

But eight months after the acquisition, Apple is telling executives at the four top labels that if Apple offers any cloud music features within the next few months, they will likely be "modest in scope" and not include the kind of functionality that Apple outlined in meetings with the labels, such as storing users' music on its servers, sources told CNET. They added that Apple still hasn't negotiated the kind of licensing deals it would need to distribute music from the cloud.

Cnet suggests that the delays may be because Apple is focusing resources on a cloud video service and waiting for completion of their server farm in North Carolina at the end of the year. 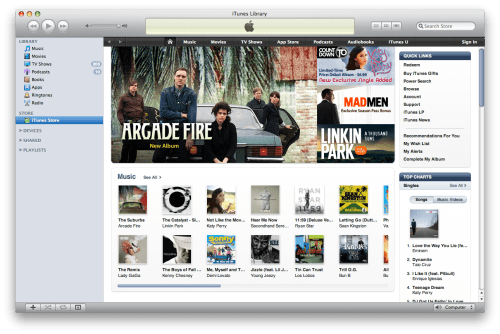