Leaked case images for the new iPod nano may confirm rumors that it will be smaller square touchscreen design device.

The iPod touch case shows an opening in the back for a camera and flash. It also shows a curved shell design which may indicate that Apple won't be transitioning the iPhone 4 design to the iPod touch.

The two supposed iPod nano 6G cases, on the other hand, appear to be made for a squarish device based on the 1.7-inch Apple-branded touchscreen seen in photos earlier this year, without any room for a front-mounted Home button. The nano 6G case features an open strip on the rear—perhaps for a camera or built-in clip—as well as what appear to be volume buttons and a larger button on the top side while a Dock Connector and headphone port are along the bottom.

iLounge notese that there is some text accompanying the image which notes that it is unclear what smaller form factor for the iPad nano means for the future of the iPod shuffle. 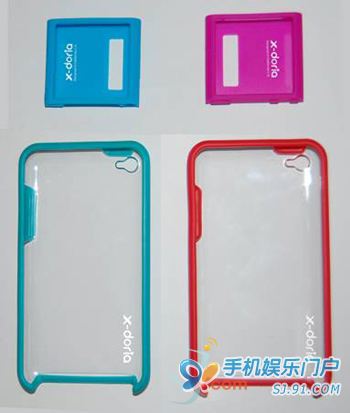