The launch of 'The Daily', an iPad only news publication from News Corp has been delayed so that Apple can tweak its new subscription service, according to MediaMemo.

Apple and News Corp. have made a joint decision to push back next week’s planned launch, according to sources familiar with the companies’ plans. The delay is supposed to give Apple time to tweak its new subscription service for publications sold through its iTunes platform.

Plans to debut the iPad newspaper at the San Francisco Museum of Modern Art next Wednesday have been tabled "for weeks, not months," I'm told.

News Corp confirmed the delay but would not say why. Recently two images of the app were discovered hidden in the CSS code of the apps teaser site. 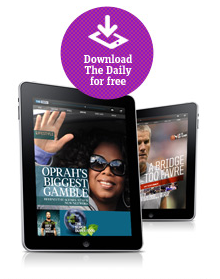