The iPhone Dev-Team has released an untethered jailbreak for iOS 4.3.1. The jailbreak implements the untether developed by i0n1c.

The 4.3.1 untether exploit comes courtesy of Stefan Esser (@i0n1c on twitter), a security researcher based in Germany. Stefan has a long history of vulnerability research, and ironically his first contribution to the iPhone jailbreak community was improved security — last year he beat Apple to the punch and implemented ASLR for jailbroken iPhones with his "antid0te" framework. We're happy to see that Stefan then turned his iPhone attention over to an untethered jailbreak exploit!

Supported devices are the iPhone 4, iPhone 3GS, iPod touch 4G, iPod touch 3G, iPad 1 and Apple TV 2. The iPad 2 is not supported as of yet.

You can download either RedSn0w or PwnageTool to perform the jailbreak. Download links can be found here:
● RedSn0w (Windows, Mac)
● PwnageTool (Mac)

We will be posting more tutorials on how to perform the jailbreak momentarily.

IMPORTANT: Ultrasn0w users don't update yet! The iPhone Dev-Team still needs to release an update to ultrasn0w for the 4.3.1 firmware.

We need to first release an update to ultrasn0w that fixes some incompatibilities when FW 4.3.1 is used on the older basebands supported by ultrasn0w. And remember once we do fix ultrasn0w for 4.3.1 (we'll announce it here and on twitter), you must only get there via a custom IPSW from PwnageTool, Sn0wbreeze or xpwn! Don't ever try to restore or update to a stock IPSW, or you'll lose the unlock! 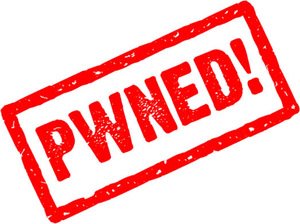 Vang - April 6, 2011 at 4:29pm
Funny how people cuss out the Dev crew. But without these peeps your phone is still the same way it is. Quit bitching and find your own solution. Couldn\'t even ssh into your iPhone. Also keep in mind the Dev guys didn\'t create thisjailbreak. They just did a test and released it. Should\'ve never been that dumb and updated it.
Reply · Like · Mark as Spam

Steve Jobs - April 6, 2011 at 3:49pm
hei dev team - go fuck yourself with the jailbreak, who needs the jailbreak if 2/3 of iphone 4\'s are locked in some pointless network. Do something useless, like consentrate to your dayjob, or something.
Reply · Like · Mark as Spam
89 More Comments
Recent