After a long delay, Apple finally launched the white iPhone 4 last week. Initial teardown photos of the white iPhone 4 reveal a new camera lens and a modified proximity sensor. According to the report, the lens remains the same, but the "magnitude of the incident light" between the black and white models is a different size.

When comparing the teardown photos to the black model, the proximity sensor looks changed as well. The exact change is currently unclear, but hopefully it fixes issues that were prominent in the black model.

Analysts believe the white iPhone 4 could sell up to 1.5 million units each quarter until the release of the iPhone 5. 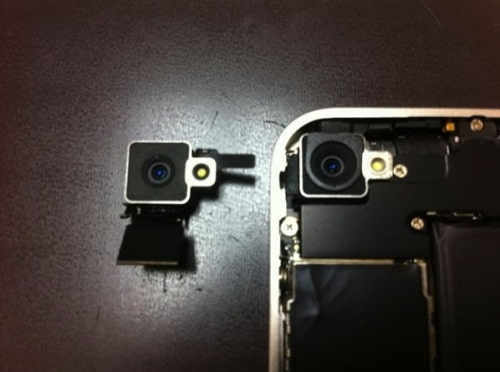 onemeslR - May 1, 2011 at 6:23pm
I only bought one for my sealed apple collection. I don\'t think it would sell much since people wants an UPGRADE! IMO
Reply · Like · Mark as Spam

Emad Shaabani - May 1, 2011 at 7:53pm
I think it\'s changed just for the white model. Apple had problems with the sensors etc. combined with the white color and material. Thats why the white iPhone was \"delayed\". Maybe the proximity sensor is a upgraded version for the black iPhone. I have a white iPhone but non official (parts from ebay ;) ) I have never noticed any problems with the proximity sensor, flash/diffuser or camera lens. Just that the light from the LCD is shining thru the front when I\'m in a very dark room.
Reply · Like · Mark as Spam
Recent