The glass keyboard could have keys painted on the surface or provided as graphics on a display below the surface. Haptic or tacile feedback could be provided via vibration or motion to the user's fingers in response to a press on the surface.

Apple describes the use of one or more piezo-electric sensors to detect and record an acoustic pulse created when the user taps on the keyboard.

Recently, another Apple patent filing detailed the use of proximity sensors to determine when your finger gets close to a key, causing air to shoot out from the key towards your finger to provide tactile feedback. 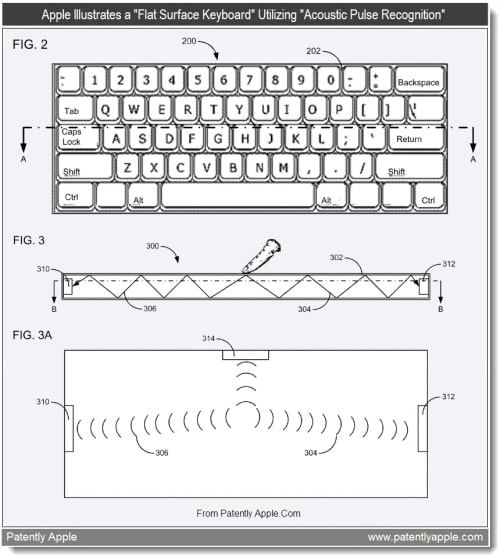