Screenshots showing how Nuance voice recognition will be implemented in iOS 5 have been posted online by 9to5Mac. The site obtained the images from a 'reliable' source.

iOS 5's speech-to-text functionality appears like it will actually be happening, and we have the screenshot to prove it. A reliable source has sent us the above screenshot which details how the iOS 5 speech-to-text functionality will be activated. As you can see, it is quite simple. Just click the microphone icon next to the space key and start talking. Once the key is clicked, a new microphone overlay will appear as long as you are talking. After that, the text will appear in the text field as you can see in the screenshot above.

In June screenshots leaked by ChronicWire revealed the Settings menu for Nuance integration.

It's thought that Apple may keep voice recognition as an iPhone 5 only feature to add value to the upcoming device. 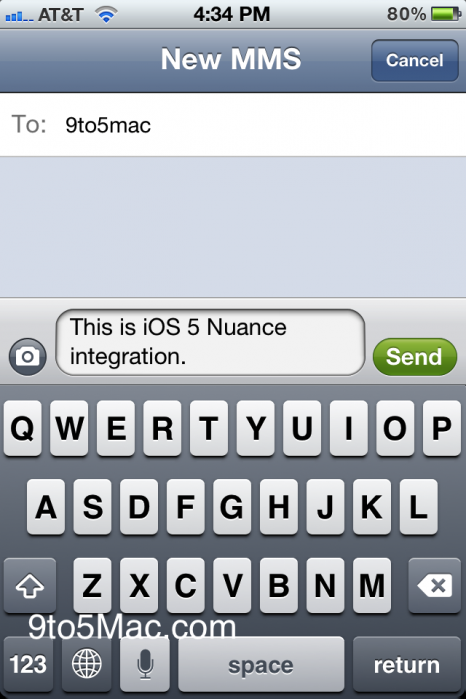 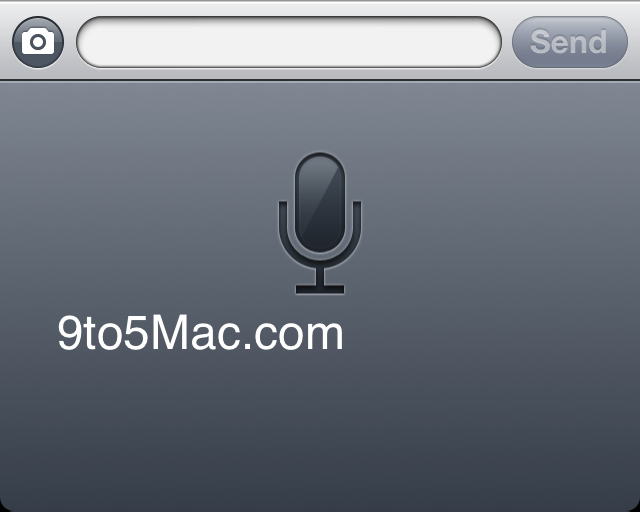 Nir Hus - August 8, 2011 at 2:08pm
This looks like an opportunity to the jailbreak community to add a feature that is otherwise not available to all with iPhone 4, and possibly 3GS, Nir Hus www.nirhus.com
Reply · Like · Mark as Spam

CIA - August 8, 2011 at 1:49pm
That's a great tool the CIA is using on all of us. Whatever conversation we have it ends up being recorded and typed for easy search use.
Reply · Like · Mark as Spam