Apple has raised up the first banner for their September 9th "Let's Rock" event.

The event is set to take place on Tuesday, September 9th at the Yerba Buena Center for the Arts in San Francisco. The center is just down the street from the Moscone Center where the MacWorld conference is traditionally held.

The first photo was taken by Andrew Mager and posted via iPhoneSavior. 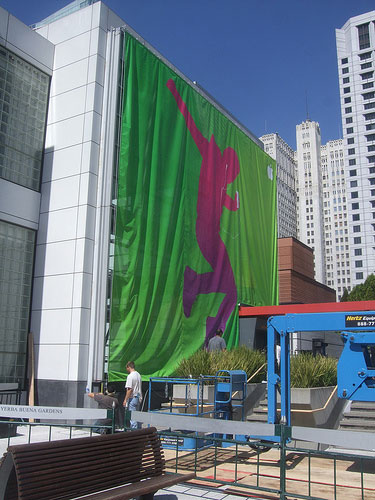